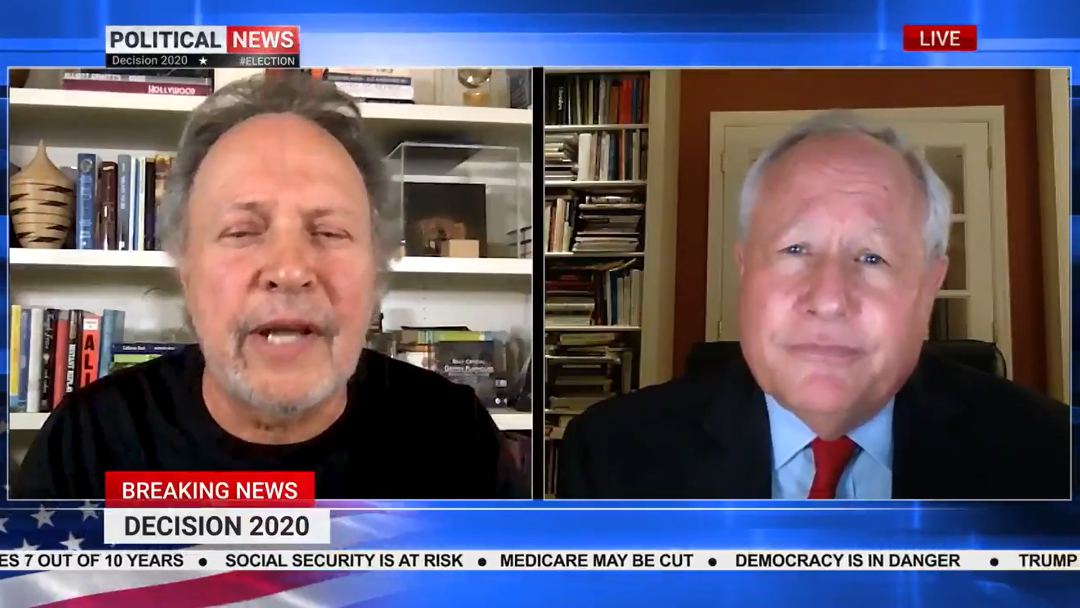 Billy Crytsal, the comedian, and Bill Kristol, the pundit, share what they have in common in this pro-Biden ad released on October 8 2020. (Screenshot)
Advertisement

Billy Crystal, the actor and comedian, and Bill Kristol, the onetime top adviser to Republican officials who has become a prominent “Never Trumper” joined in an ad released this week to explain why they were voting for Joe Biden, the Democratic nominee hoping to oust Donald Trump on Nov. 3.

“We never agree on anything!” says Crystal who pretends in the 30-second Jewish Democratic Council of America ad to be surprised to see Kristol. The ad will feature online in swing states where Jewish voters could make the difference. Halie Soifer, JDCA’s director, says the target is 2 million Jewish voters.

“I spell Crystal the correct way, with a C,” Crystal says. “If you know anything about comedy, it’s much funnier with a K,” Kristol retorts.

They cite among other things Trump’s handling of the coronavirus pandemic to make the case for Biden. “We need change at the top,” Kristol says.