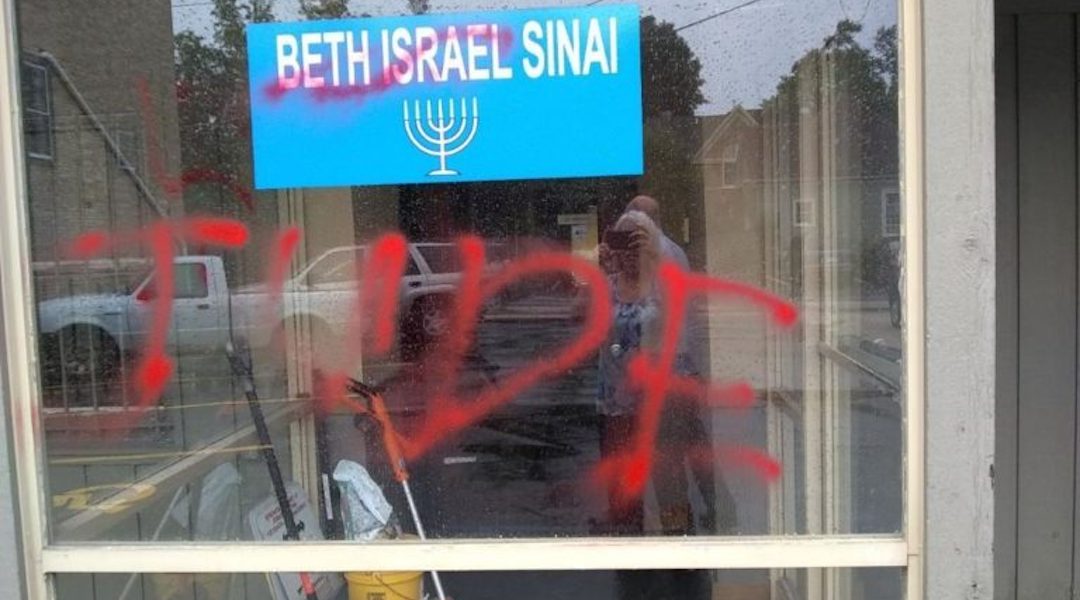 (JTA) — A swastika and other Nazi imagery were found on a synagogue in Wisconsin.

On Sunday, board members of Beth Israel Sinai in Racine discovered the Nazi symbol spray-painted in red along with “Jude,” the German word for Jew.

Placzkowski said the synagogue would add more security, according to the Chronicle.

“It’s deeply disturbing that this horrendous act was committed the week before Jewish people will celebrate the High Holy Holidays of Rosh Hashanah and Yom Kippur, which are intended to be a time of reflection and celebration,” he wrote. “This is a clear act of hate, and antisemitism of any kind has no place in our City.”