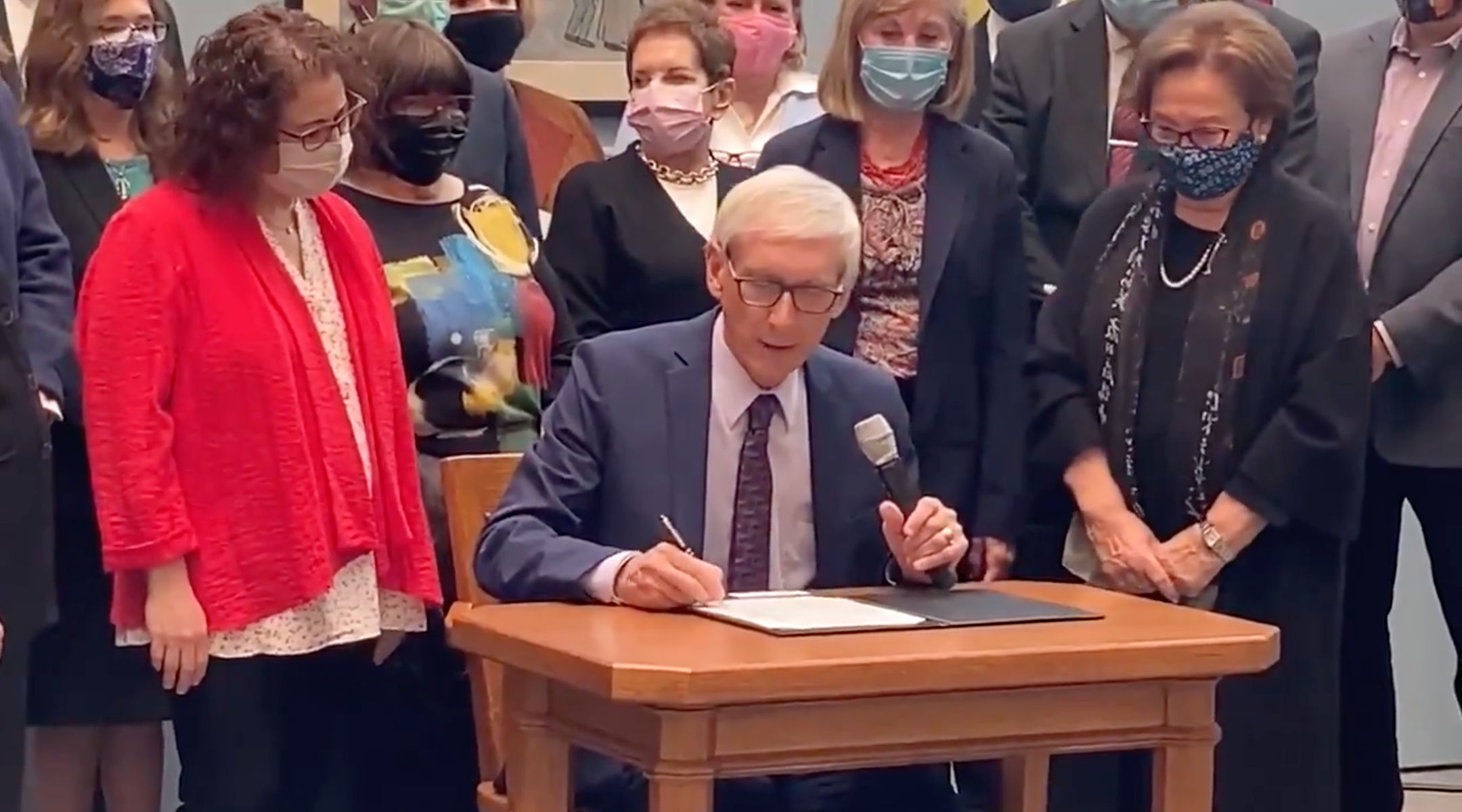 (JTA) — Students in Wisconsin will now be required to study the Holocaust at least twice between fifth and 12th grade.

A bill signed Wednesday by Gov. Tony Evers mandates that lessons about the Holocaust and other genocides be included in social studies classes at least once between fifth and eighth grade, and again in high school.

“This bill will affect generations of kids in our state and bring increased awareness, and recognition in our schools to the tragedies of the Holocaust, the pervasiveness of anti-Semitism to this day, and hopefully cultivate a generation that is more compassionate, more empathetic, and more inclusive,” Evers said in a statement.

The measure, which was passed unanimously by the Legislature, makes Wisconsin the 19th state to require Holocaust education in high school, according to the U.S. Holocaust Memorial and Museum.

Evers signed the bill at the offices of the Milwaukee Jewish Federation, which advocated for it.

The legislation comes months after a survey showed that more than 10% of U.S. adults under 40 believe Jews caused the Holocaust and about half could not name a single concentration camp or ghetto.

The same survey found little correlation between levels of Holocaust knowledge and whether a state required Holocaust education.