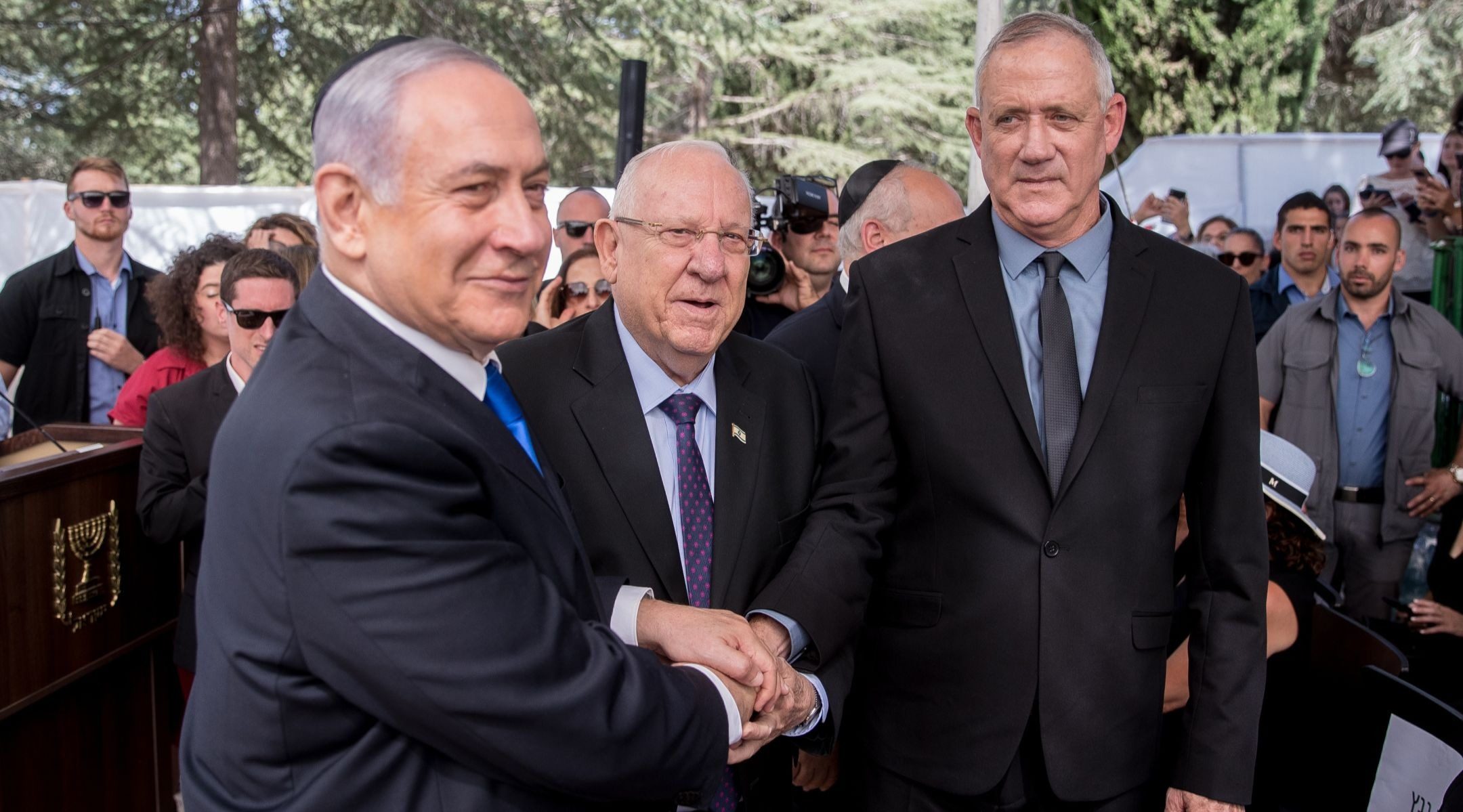 JERUSALEM (JTA) — Israeli Prime Minister Benjamin Netanyahu reached out to his rival Benny Gantz, the head of the centrist Blue and White party, on Thursday, asking him to form a “broad unity government.” The response from Gantz and his fellow leaders was swift: no deal.

“Benny, we must set up a broad unity government, as soon as today,” Netanyahu said. “The nation expects us, both of us, to demonstrate responsibility and that we pursue cooperation.”

The nearly final results of Israel’s national election as of Thursday afternoon there give Blue and White a two-seat lead over Netanyahu’s Likud party, 33 to 31.

Gantz, not mentioning Netanyahu by name, said Thursday that he will lead a “liberal” coalition without Netanyahu’s haredi Orthodox allies. Moshe Yaalon, a Blue and White leader and former Israeli defense minister, said plainly that the party will “not enter a coalition led by Netanyahu,” echoing what the party had stated throughout the election campaign.

Blue and White has said that it would consider a unity government with Likud if Netanyahu steps down as the party’s leader. Netanyahu and Likud have shown no signs of that being a possibility.

Netanyahu’s call to Gantz to form a unity government came after the leaders of all the right-wing and religious parties signed a document pledging to recommend Netanyahu as the next prime minister and to enter a coalition government as a single unit.

President Reuven Rivlin will begin speaking with party leaders on Sunday to determine who will be given the first chance at forming a governing coalition.

The final total leaves Gantz’s center-left bloc with 57 seats and the right-wing bloc, including the religious parties, with 55. Neither bloc has the 61 seats needed to form a ruling government coalition.

The total for the center-left bloc includes the Arab Joint List of parties and its 13 seats, though the Arab parties have never been a member of a ruling coalition. Joint List leader Ayman Odeh has been gone back and forth in public statements between saying that he would consider joining a left-wing government led by Gantz and that he would rather lead the opposition from outside the coalition.