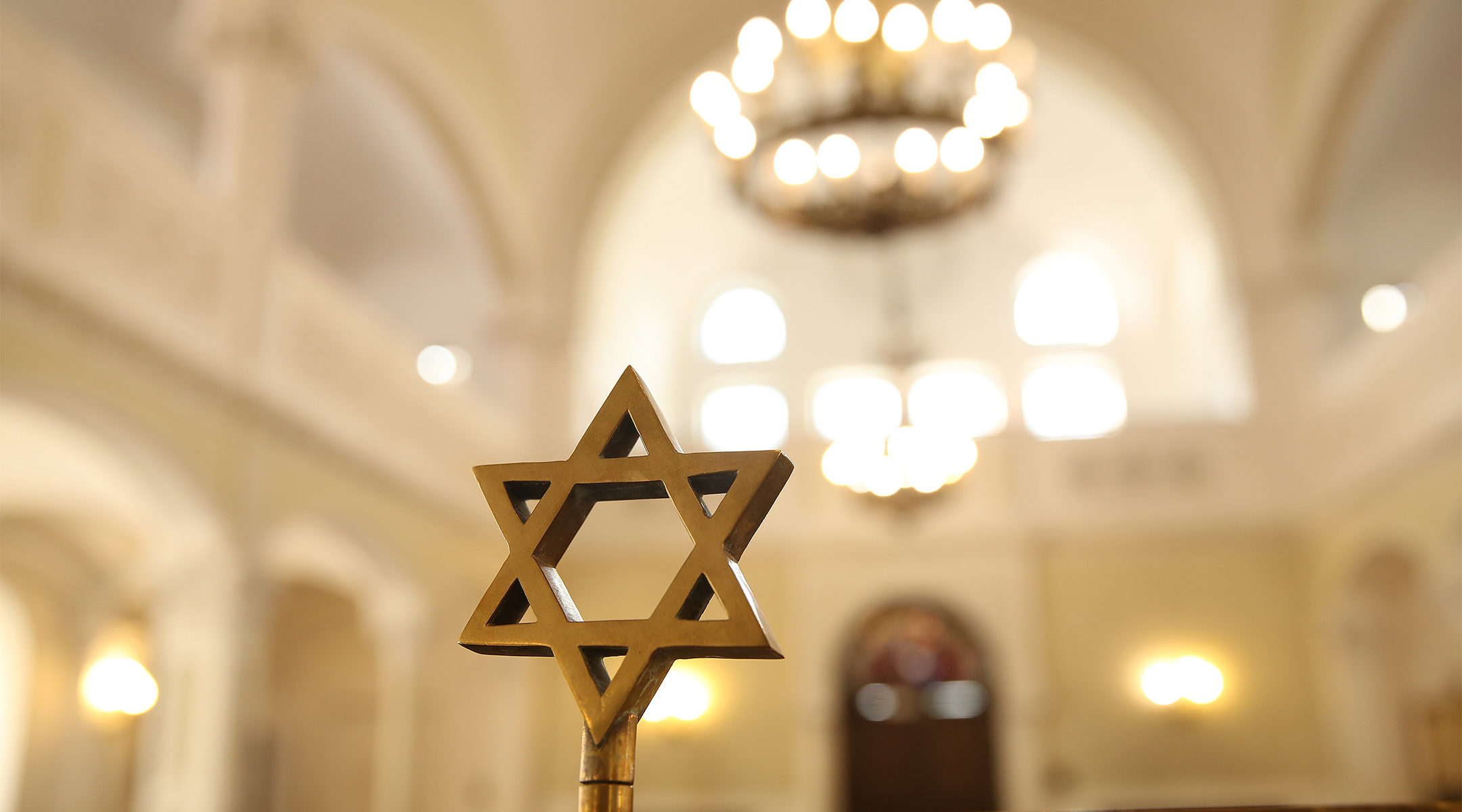 A Star of David stands in the Nozyk Synagogue, Warsaw's only surviving synagogue from before World War II and located in the city's former ghetto, April 12, 2018. (Sean Gallup/Getty Images)
Advertisement

JERUSALEM (JTA) — The worldwide population of Jews stands at 14.7 million, still fall short of the pre-World War II numbers, according to a report by Israel’s Central Bureau of Statistics.

The figures, which are similar to the population of world Jewry in 1925, were released ahead of Yom Hashoah, or Holocaust Remembrance Day. The numbers are current to the end of 2018.

World Jewry reached a population of 16.6 million right before the start of World War II in 1939.

In 1948, on the eve of the establishment of the State of Israel, the number of Jews in the world was 5.11 million, including 650,000 in prestate Palestine, according to the report.

Also on the eve of Holocaust Remembrance Day, Israel’s Ministry of Finance reported that there are about 189,500 Holocaust survivors living in Israel, with some 31,000 over the age of 90 and more than 800 over 100 years old. In the past year, some 15,170 survivors have died.