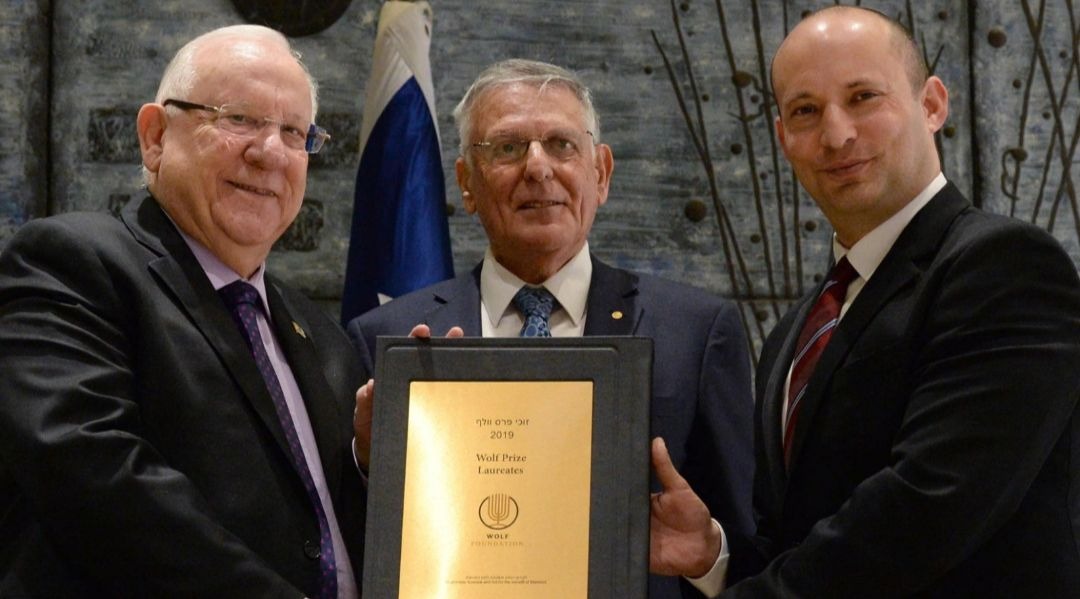 JERUSALEM (JTA) — The architect who designed the Yad Vashem Holocaust memorial and museum in Jerusalem was among the winners of the 2019 Wolf Prize.

Moshe Safdie, 80, chosen for architecture, was one of five recipients honored Wednesday at the president’s residence in Jerusalem. The Wolf Prize is given by the president of Israel on behalf of the Wolf Foundation. About one-third of the winners have gone on to receive a Nobel Prize, most notably in physics.

Each year the Wolf Foundation awards $100,000 prizes in five fields.

This year’s other winners are:

Rivlin noted that no women were named this year.

“The Foundation would do well to make sure that each year they find a groundbreaking woman scientist and artist, who certainly exist, and award her a prize.”