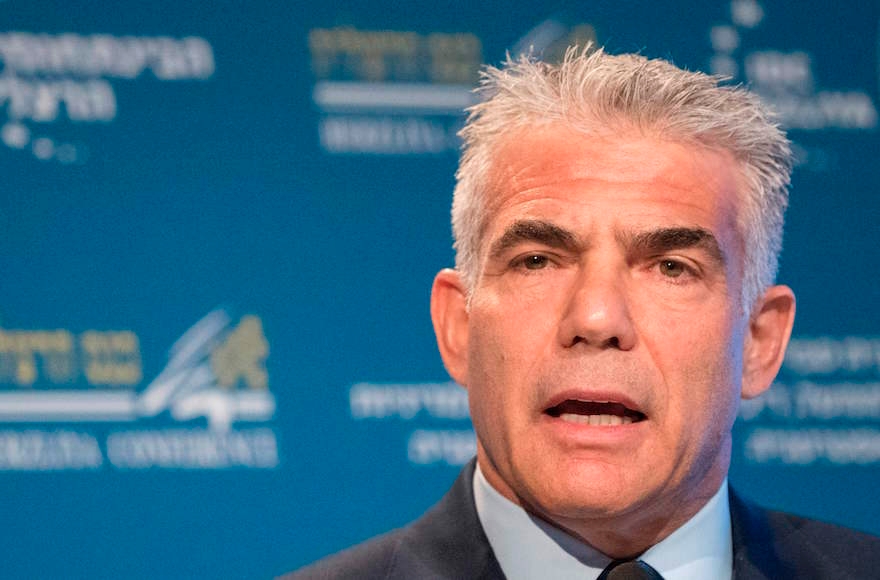 Yair Lapid responded to criticism over a video he tweeted by saying "there is real anti-Semitism in the world" and Jews are being "shot in synagogues." (Jack Guez/AFP/Getty Images)
Advertisement

Jewish Power, which includes disciples of the late extremist rabbi Meir Kahane, seeks to annex the West Bank and makes little to no concessions for Arabs living there or in Israel.

Yair Lapid, head of Yesh Atid, said he would work to make sure Jewish Power, or Otzma Yehudit, could not run in the September election, in response to a call by the Likud party representative on the Central Elections Committee, lawmaker David Bitan, to refrain from making disqualification requests, since such challenges had just been heard ahead of the April elections.

Jewish Power as a whole was not disqualified ahead of the April elections, but former party lawmaker Michael Ben-Ari was prevented by the Supreme Court from running due to his racism and racist incitement. The court overturned the elections committee’s narrow vote to allow Ben-Ari to run in April’s national elections.

While Otzma Yehudit in the last election as part of the Union of Right-Wing Parties. This time it is running alone and may not receive enough votes to pass the 3.25 percent election threshold.