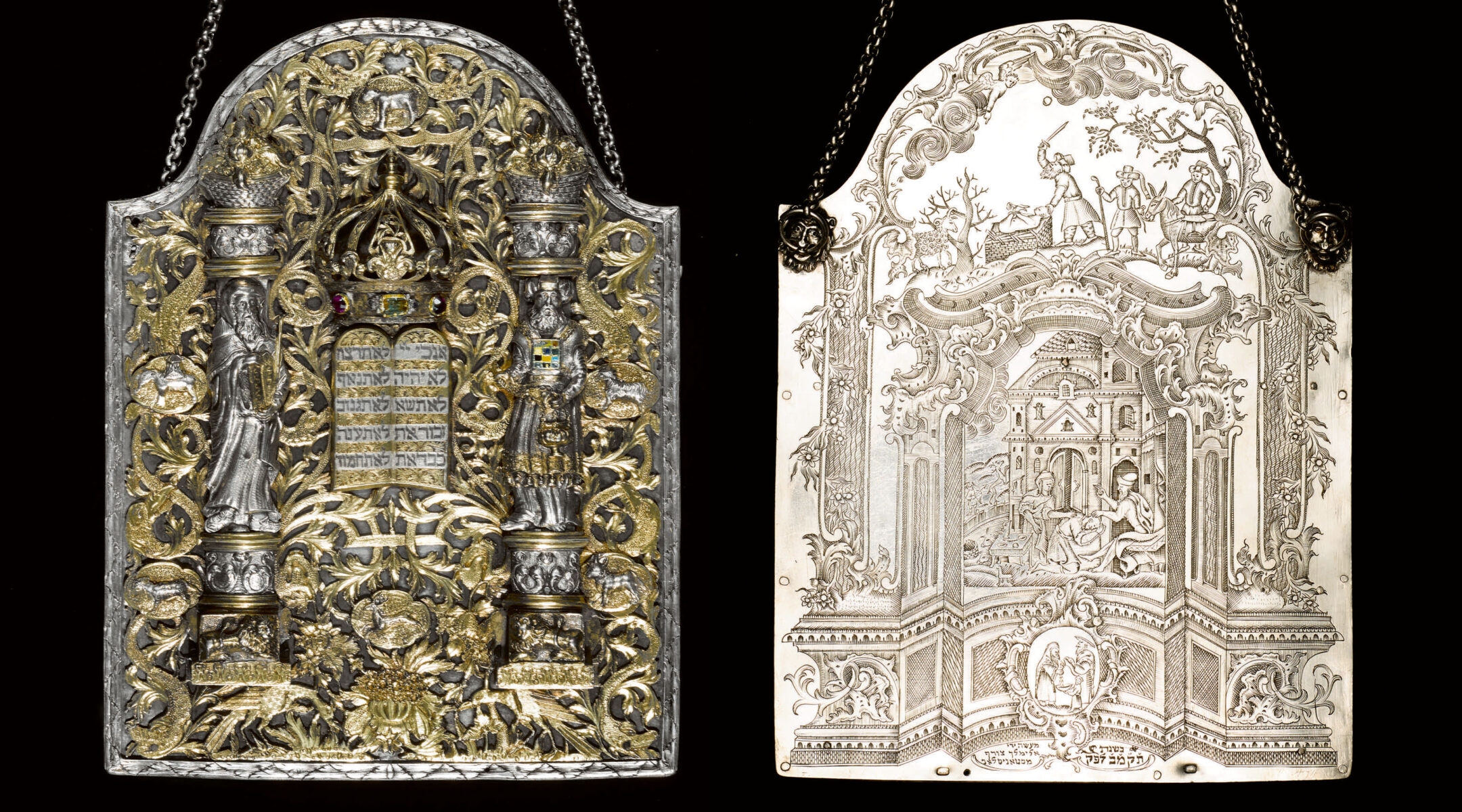 (JTA) – Among the relics up for sale in a forthcoming Sotheby’s auction are two Torah shields that the auction house is calling “the most important pieces of Judaica to appear at auction in a generation.”

The items are part of a trove from the Sassoon family, a wealthy family originally from Iraq, that the auction house is bringing for sale next month. The 68 items include a robe and marriage contract from an 1853 wedding in Bombay, ornate Torah decorations from the Netherlands and a prayer book and set of tefillin that belonged to a leading 19th-century Baghdadi rabbi.

The items that are likely to sell for the highest price, according to the catalog Sotheby’s has produced for the auction, are two shields used to decorate Torah scrolls. Made of silver and attributed to an artisan named Elimelekh Tzoref of Stanislav who worked in the late 18th century in a city that is now part of Ukraine, one is decorated with scenes from the Torah and the other boasts a detailed plan of the ancient Temple in Jerusalem.

A third shield attributed to Elimelekh Tzoref of Stanislav is in the holdings of the Israel Museum after selling for nearly $800,000 two decades ago.

Sotheby’s estimates that each shield could sell for close to $1 million. Other items in the auction are more affordable for the budget collector: A medal awarded to a family matriarch in 1947 to honor her service in India, for example, has an estimated price of $1,000.