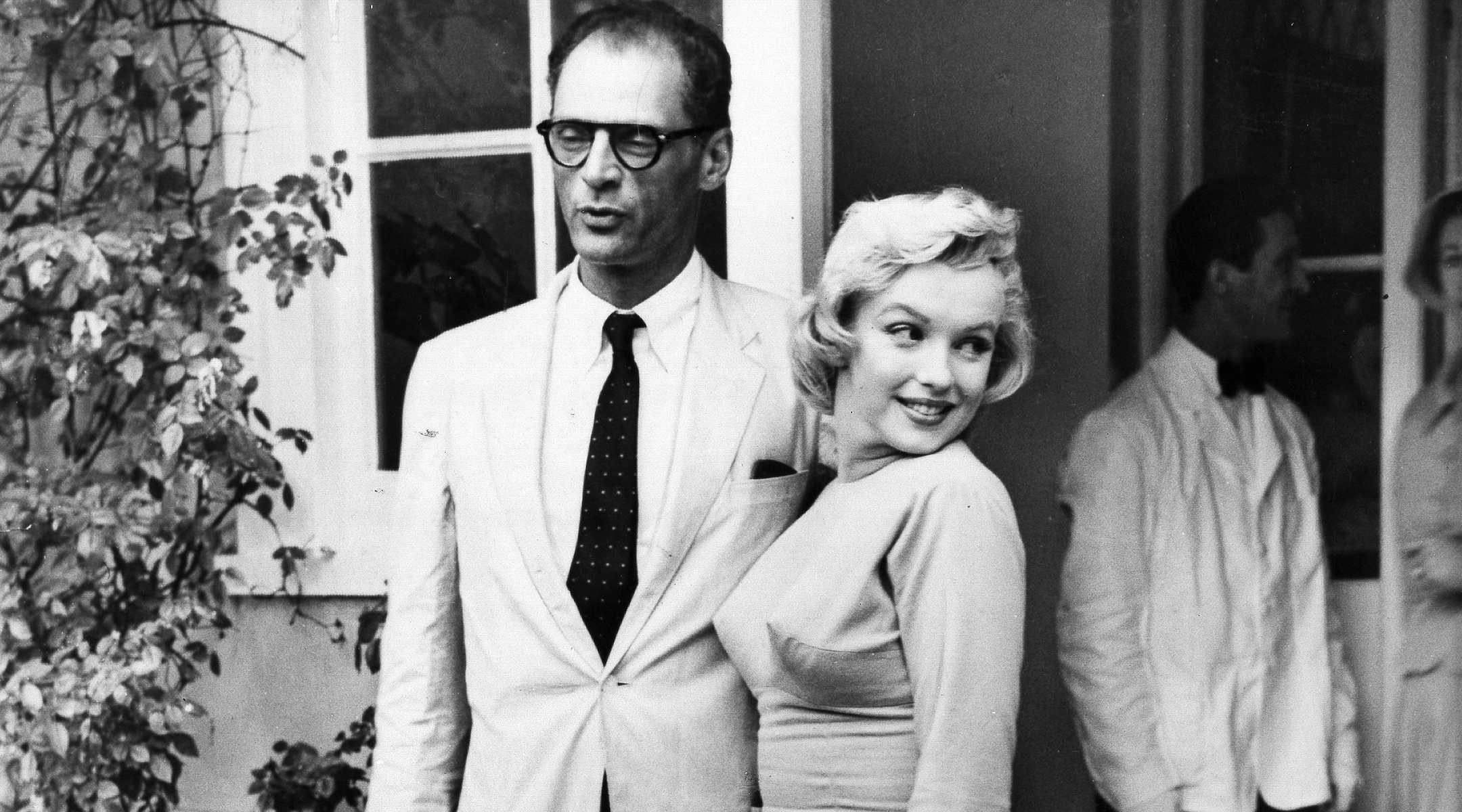 Arthur Miller and Marilyn Monroe in 1956.The playwright's parents bought a menorah for the film icon. (ullstein bild via Getty Images)
Advertisement

Monroe came to own a menorah when she converted to Judaism to marry playwright Arthur Miller. The brass-plated candelabra has a wind-up mechanism at its base that plays Israel’s national anthem. Miller’s parents bought it for Monroe.

Last year, Monroe’s siddur was auctioned off for $26,250. The prayer book, which looks to have been given to Monroe by Miller’s Brooklyn synagogue, apparently was used. A photo of one of the book’s pages shows the blessing for ritual fringes circled in pencil with the word “omit” scribbled next to it. According to Orthodox custom, only men put on ritual fringes.