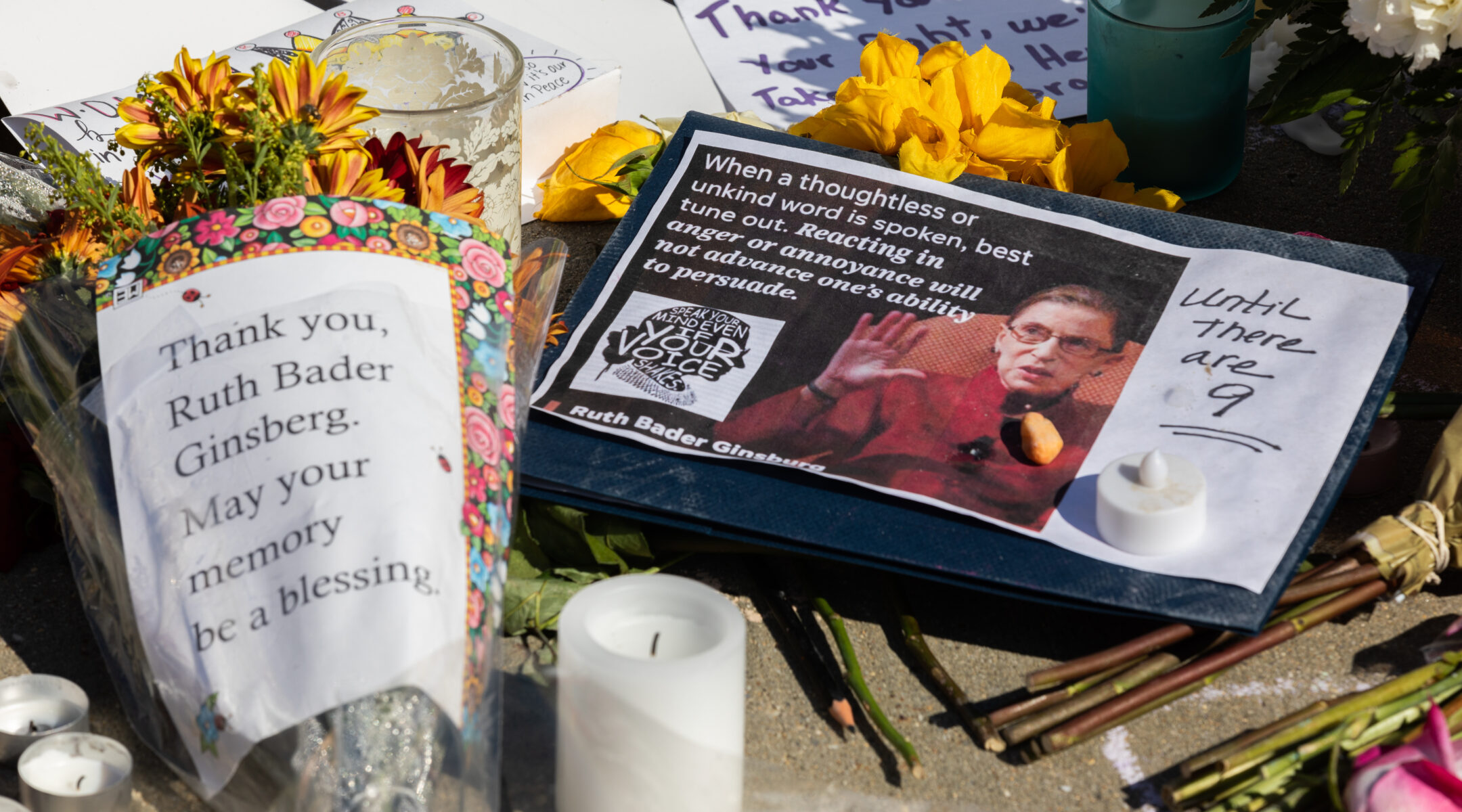 (JTA) — The day after Ruth Bader Ginsburg, the widely cherished Supreme Court justice, died at 87, her fans gathered for impromptu memorial services at courthouses around the country. Now, Jews who are grieving for Ginsburg are continuing the outpouring online, adapting Jewish mourning and burial rituals for the moment.

A “Zoom Kaddish” Tuesday organized by the websites Alma and Kveller (like the Jewish Telegraphic Agency, part of 70 Faces Media) will give participants the chance to recite the Mourner’s Kaddish, the Jewish prayer recited daily by mourners. Nearly 2,000 people have signed up already to tune in at 4:30 p.m. ET today for a 15-minute service led by Rabbi Sari Laufer, who was one of the first voices on Twitter Friday to offer polite guidance about traditionally Jewish ways to express grief.

Kaddish is traditionally recited only by immediate family members, and only after a person is buried. But the outpouring of grief for Ginsburg has prompted many to reach for the tradition regardless. A recitation on the steps of the Supreme Court building in Washington, D.C., Friday night included hundreds of people.

A recitation of the Kaddish, the Jewish mourners prayer, outside the Supreme Court building. pic.twitter.com/OcNWQCQaHj

Meanwhile, Kavod v’Nichum, a group that helps Jews engage with burial rituals, has organized a virtual version of a different tradition, shemirah, the practice of watching over a Jewish person’s body for the period between death and burial. Hundreds of people from across the United States — mostly women — have signed up to take on 30-minute virtual “watching” stints, during which participants are encouraged to read psalms and engage with readings related to death and grieving.

The virtual watch is set to extend far longer than is typical when Jews die, as Ginsburg’s funeral is being delayed so that she can lie in state at the U.S. Capitol. She is the first woman and the first Jew ever to be afforded that national honor.