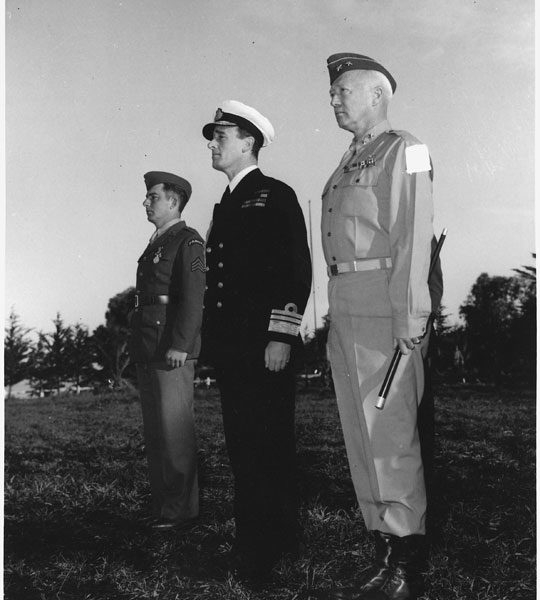 General George Patton was a real American hero—a legendary tactician with exceptional oratory skill, a giant of such combat prowess that the first tank designed after World War II bore his name. He was also a professional grade anti-Semite. After liberation, Patton oversaw United States operations for displaced persons camps in Europe. Well, not so […]

The ram that appeared just in time to interrupt the binding of Isaac was certainly cause for celebration—if millennia of hand-wringing. But some other historical Jewish encounters with animals have been notably less biblical in proportion. Just ask U.S. Military Chaplain Rabbi Martin Perley. Perley was among the handful of rabbis who led prayers for an estimated 213,000 American Jewish servicemen during the […]

Although keeping kosher was not a priority for most of the 500, 000+ Jews who served in the US military during World War II, kosher salami was among the most sought after Jewish comfort foods. American rabbis worked unceasingly to satisfy the demand, and distributed salamis everywhere from Belgium to Burma. Archived correspondence of civilian rabbis and military chaplains reveals that the “salami war” […]