More than 40 protesters were arrested in a demonstration that came a few hours before the start of the Jerusalem Pride Parade.

JERUSALEM (JTA) —  Haredi Orthodox protesters blocked the entrance to Jerusalem and the city’s light rail for three hours during a demonstration against the jailing of yeshiva students for draft dodging. At least 35 of the demonstrators, from a fringe group called the Committee to Save the Torah World, the operational arm of the so-called […] 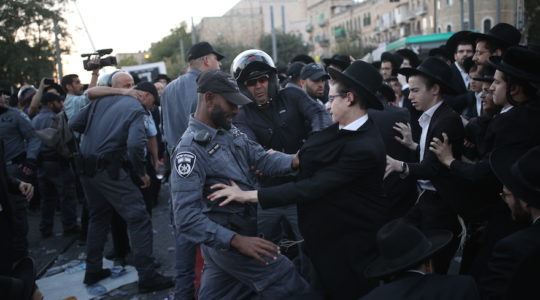 Three days of protests react to the prison sentences of two yeshiva students for dodging the draft.

Haredim in Israel demonstrate against arrest of draft dodger