French police said the victim is “a member of the Jewish crime scene” with multiple convictions for fraud. 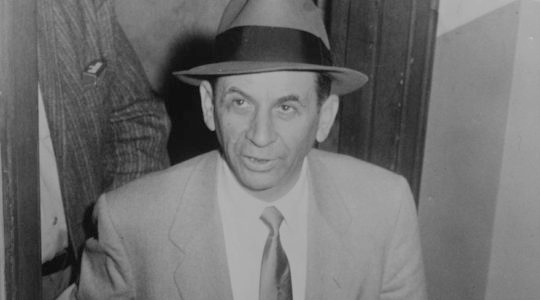 Lansky’s grandson says he and other beneficiaries of Lansky’s estate are entitled to compensation from the Cuban government.

, during the height of World War II, Rav Aharon Kotler, founder of the Lakewood Yeshiva, learned that several young Polish rabbinical students were detained in Italy. Fearful of these bochers’ fate in a Nazi-occupied country, the rabbi met with an unlikely ally thought to have influence in Italy: Brooklyn crime boss Joe “Bananas” Bonanno. The mafia chief […]

Day 26 of Jewish American Heritage Month: Watch your back

Scarface Was a Jew