Court adds to prison terms for arsonists of Jewish-Arab school

JERUSALEM (JTA) — Israel’s Supreme Court added to the prison sentences of two brothers who pleaded guilty to an arson attack on a Jewish-Arab school in Jerusalem. On Sunday, the sentences for Nahman and Shalom Twitto, 18 and 22, respectively, were each increased by eight months in response to an state appeal of what the […]

The 24-year-old, one of three men convicted in the case, also was ordered to pay compensation to the Max Rayne Hand In Hand Jerusalem School. 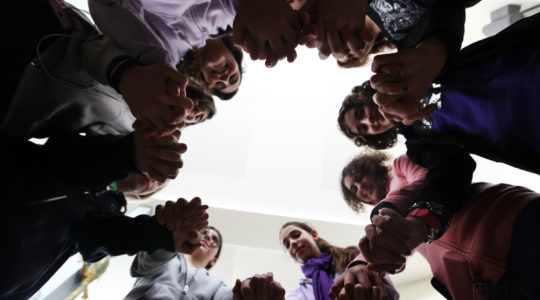 The suit seeks damages for building repairs and psychological treatment for the children.

Terrorism charges added in torching of Arab-Jewish school in Jerusalem