Hamas could take over P.A., Netanyahu says, calling for security for Israel

Israeli Prime Minister Benjamin Netanyahu expressed concern that Hamas would take over the Palestinian Authority before or after a peace agreement. 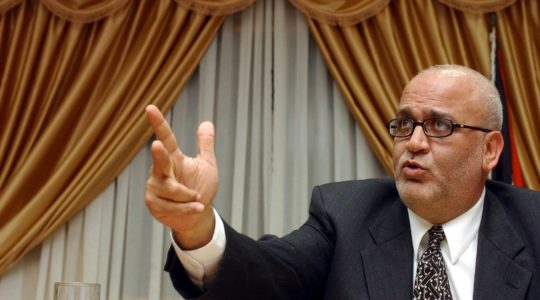 With a threat to unilaterally declare statehood, Mahmoud Abbas is upping the ante to try to press the Israelis into making concessions ahead of negotiations.