As the keynote speaker at an IsraAID conference in Tel Aviv, Penn credited the group’s “inspiration and support.” 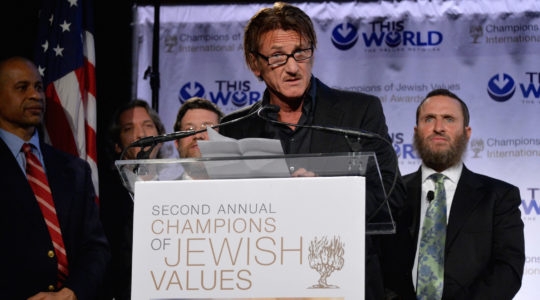 What do Rick Perry, Sean Penn, Sheldon Adelson and Chris Christie have in common?

They all came together to honor and be honored at a gala benefit for Rabbi Shmuley Boteach, who describes himself as “America’s Rabbi.”

Who needs another Oscar when you’re about to be crowned the 2014 Champion of Jewish Justice? Not to put words in his mouth or anything, but we’ll bet that was what two-time Academy Award winner Sean Penn was saying to his girlfriend Charlize Theron as soon as they stopped “making out like crazy” at Madonna’s Oscars after-party. […]