What do Rick Perry, Sean Penn, Sheldon Adelson and Chris Christie have in common? 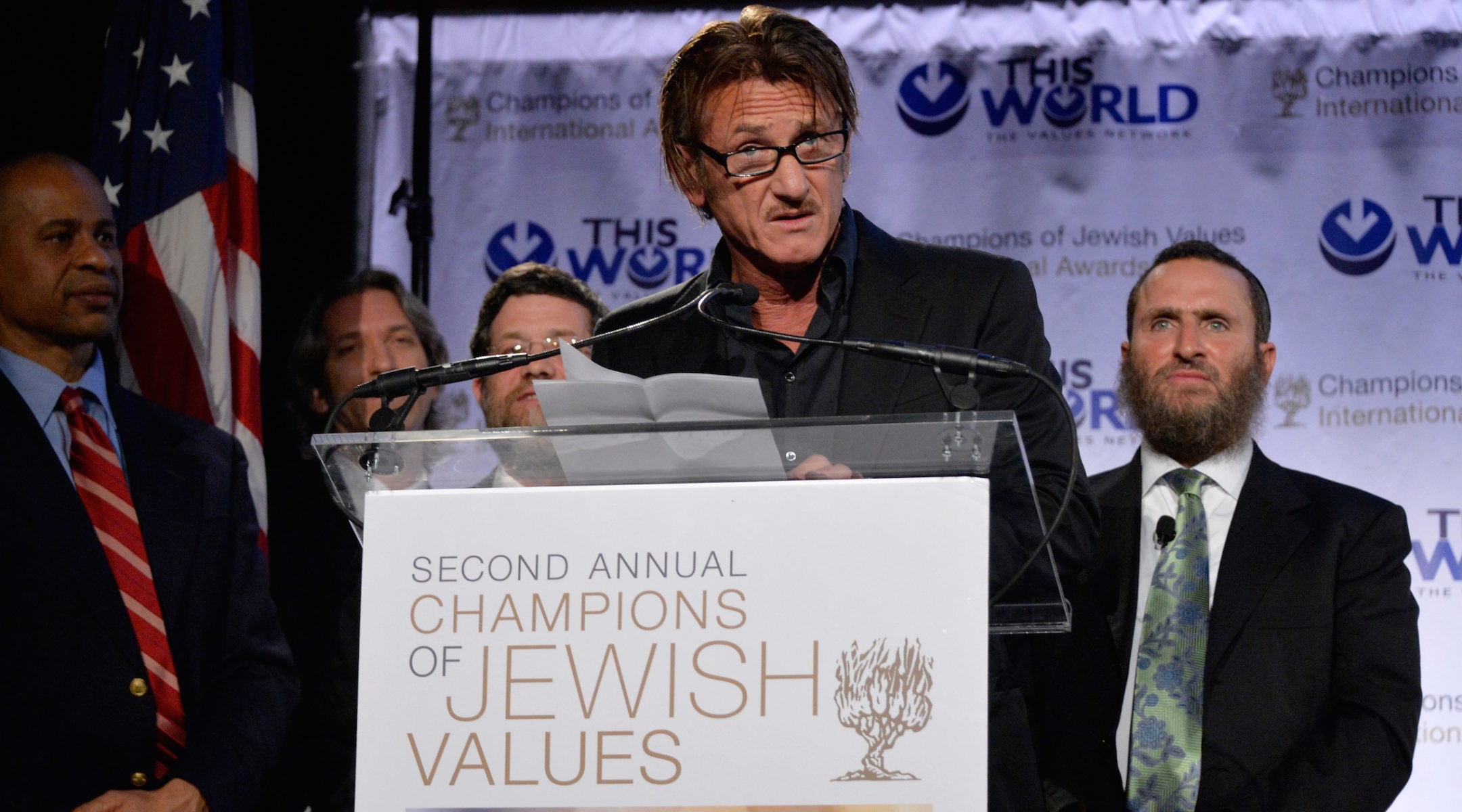 NEW YORK (JTA) — The last time New Jersey Gov. Chris Christie spoke at a venue attended by Sheldon Adelson, he alienated the Republican Party mega-donor and other hawkish pro-Israel Jews by referring to the West Bank as “the occupied territories.”

The dinner, at $750 per person, seemed to serve a mix of purposes: part awards ceremony, part fundraiser and part pro-Israel rally. It was also very much a celebration of The Values Network and its founder, the well-connected and media-loving Boteach.

An author of 30 books and a one-time congressional candidate who describes himself as “America’s Rabbi,” Boteach was celebrating 25 years as an Orthodox rabbi and promoting his latest book, “Kosher Lust

.” A video at the dinner featured Dr. Mehmet Oz announcing “Kosher Lust” as his book of the month. Later in the evening, Boteach said he had dedicated the book, which he described as a modern-day “Song of Solomon,” to Sheldon and Miriam Adelson.

Based in Boteach’s hometown of Englewood, N.J., The Values Network describes itself as an “international organization focusing on bringing the universality of Jewish values and wisdom to the media, the culture, the family and national affairs,” and “supporting, defending and promoting the State of Israel as the supreme embodiment of universal Jewish values.”

It appears to be as much a vehicle for supporting and promoting Boteach. Photos of the rabbi dominate its website, and the two subheads of its “About This World” tab are “About Shmuley” and “FAQ.” The only frequently asked question is, “Does Rabbi Shmuley counsel couples?” The answer is yes, and the website provides his contact information.

Christie’s speech, which The Values Network’s PR firm had promised would be a “ ‘major speech’ on Israel and the Middle East, according to insiders,” was notable for its failure to mention Israel, even as the presumed Republican presidential hopeful criticized President Obama’s foreign policy vis-a-vis Syria, Iran and Russia.

By contrast, one of Christie’s likely rivals for the Republican nomination — Perry, who was invited to present the Adelsons with the Principle Benefactor Award — rhapsodized on stage about his many travels to Israel, during which he “crossed the Jordan River” and “peered over the Golan Heights into Syria.”

“It’s time for this country to renew our commitment to a strong Israel,” Perry said. “Israel has a right to exist as a Jewish state! The cause of good shall triumph over evil.”

(Perry also told Christie that he had “landed in your wonderful city,” apparently referring to Newark Liberty International Airport.)

In the lineup of pro-Israel activists and Republicans, Penn stood out not just for his Hollywood credentials but for his left-wing politics. The actor, whom Boteach described as “Hollywood’s foremost humanitarian,” was an outspoken critic of President George W. Bush and friends with Venezuela’s late president Hugo Chavez.

Penn said his ties to Venezuela helped him secure the freedom of Jacob Ostreicher, an American Jewish businessman imprisoned in Bolivia for 18 months. Ostreicher, who was accused of money laundering but never formally charged — he has maintained his innocence — presented the film star with the Champion of Jewish Justice award.

During the presentation, Ostreicher thanked Penn for, among other things, giving him an all-night back rub and stocking his refrigerator with kosher food.

Explaining his reasons for helping Ostreicher, who described himself as politically to the right of conservative pundit Sean Hannity, Penn emphasized that it was not “because my father’s family is Jewish and I’m committed to insular, tribal protection.” Rather, he said, Ostreicher was “railroaded by a corrupt Bolivian judiciary” and “trapped in a place where I had regional access.”

Penn was the evening’s only speaker to mention the Palestinians. He referred to the West Bank as “undeclared territories,” noted that the ranks of those unjustly imprisoned around the world include Palestinians and said that the label of anti-Semitism is “too often used to discredit dialogue.”

The eclectic program also featured a tribute by Boteach, along with his nine children, honoring his wife, Debbie, and a call for the audience to make financial pledges via text message. The pledges were projected on a large screen.