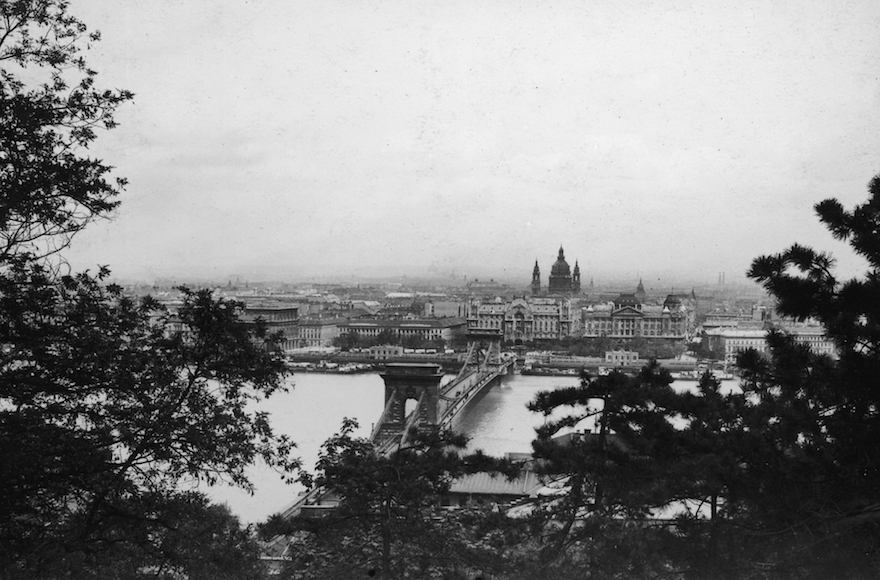 The Szechenyi Chain Bridge over the River Danube seen from Buda Palace Hill. Designed by British engineer, William Tierney Clark and completed in 1849 when it was the longest suspension bridge in the world. (Photo by Hulton Archive/Getty Images)
See Original Daily Bulletin From This Date
Advertisement

That there has been a Jewish settlement in Hungary as far back as the third century of the Christian era, is revealed through explorations made by Dr. Julius Gabor, Secretary of the Budapest Kehillah.

He states three gravestones, one memorial tablet and a candelebra have been found at Esztegrom, Albertwissa, Dunapeutele and Szombathely. Dr. Gabor asserts the objects unearthed are of indisputable Jewish origin, date back to the third century and furnish adequate proof of the existence of a Jewish settlement in Hungary at that time.