Brandeis Withdraws from Bench when Kosher Law is Tested 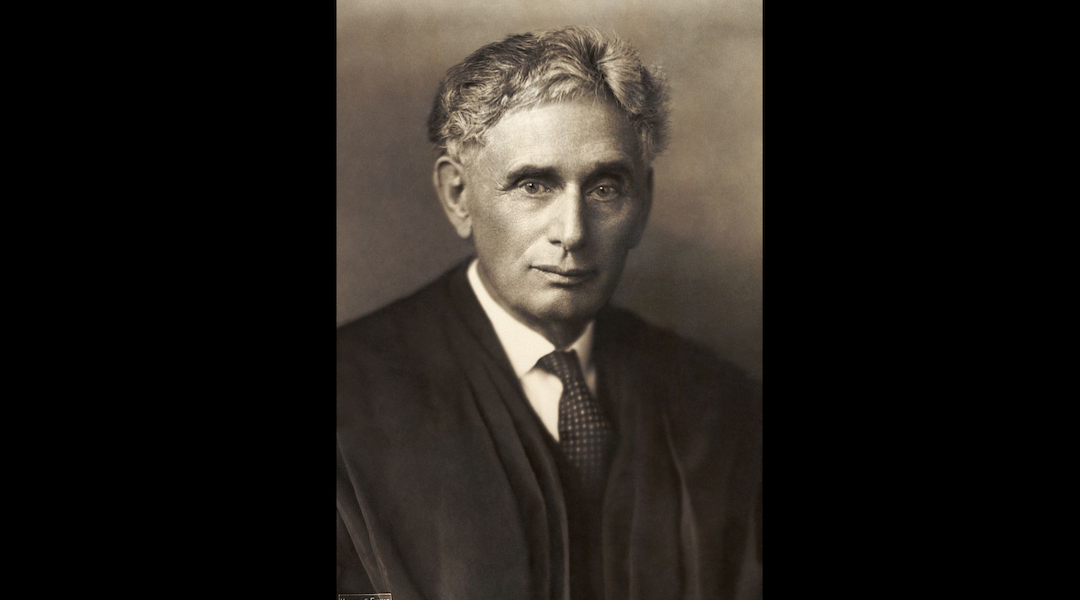 Justice Brandeis withdrew from the bench when the constitutionality of the Kosher Law of New York State was brought before the Supreme Court. He will not participate in the decision of the Court.

The Kosher Law was attacked in arguments before the Supreme Court. Three cases have been brought by the Hygrade Provisions Company, the Lewis Fox Company and Harry Satz.

The statute was enacted in 1922 and requires those who offer Kosher meat, meat products and meat preparations to label such products with four-inch signs, stating that the meat is Kosher. When sellers of Kosher meat and meat products handle other kinds of meat, that which is not Kosher must be marked “non-kosher.” The original Kosher Law of New York was enacted in 1915, and although amended by the law in 1922 it is also under attack.

In his statement to the court today David L. Podell, counsel for the complainants, explained that the State had described Kosher meat as that sanctioned by the orthodox Jewish religious requirements. This offered no reasonable, ascertainable standard, he said, to be used by the law-enforcing officers. No one can tell, he asserted, what is meant by orthodox Jewish religious requirements so far as meats are concerned, the courts must hold it unconstitutional. He added:

“For the first time, as far as we have been able to discover, this law attempts by reference to orthodox Plebrew religious requirements to incorporate into the laws of New

Justice Holmes interrupted to ask whether it was not perfectly well known what Kosher means. Adjournment of the court prevented Mr. Podell from completeing his reply, but he did say that forbidden animals under orthodox Jewish religious requirements can be determined with reasonable certainty, and that the method of slaughter could be determined with a fairly reasonable degree of certainty. But that, he contended, was only the beginning in the determination of what is Kosher.

The parts of the meat that may be used, the method of transportation, the piety of the individual who sells the Kosher meat, are important factors, which entered into the determination of the question, he said.

Attorney General Sherman of New York and District Attorney Banton of New York County, who are defending the law, declared in their briefs, and will support in oral argument that the law is clearly within the police powers of the State, is not an interference with interstate commerce, as complainants allege in their brief, and was specifically drawn to prevent fraud.

They insist that the law is sufficiently definite to be easily understood and followed, and deny that the complainants have any standing in the controversy warranting them at this time to challenge the constitutionality of the statute.

When the case was in the Federal District Court of New York City the complainants were denied an injunction to restrain the enforcement of the statute, and their suits were dismissed.