German Jews Urged to Describe Themselves As ‘Germans’ on U.S. Records 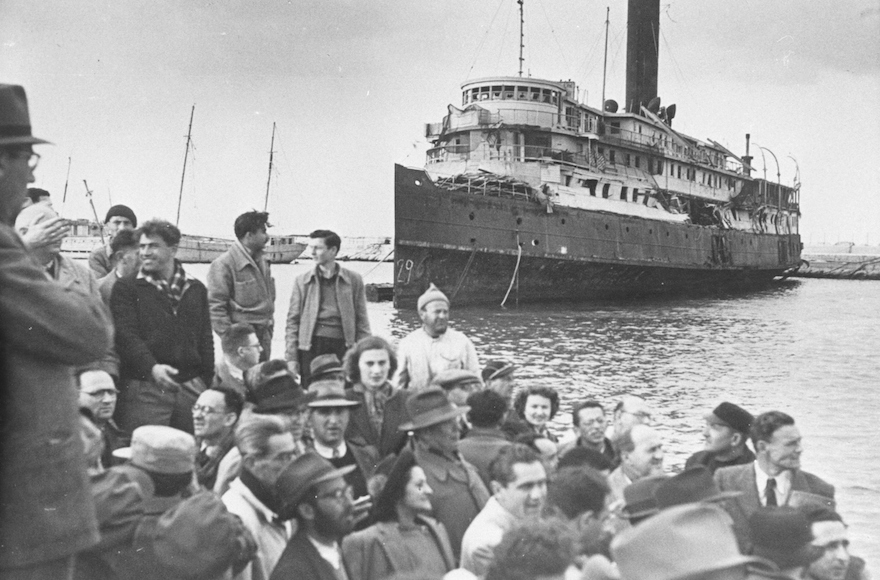 German Jews who come to the United States as immigrants or as visitors were urged to describe themselves not as Hebrews, as is provided for in the question blanks of the United States Immigration Service but as Germans. The Central Verein der Deutschen Jueden has taken up this issue in its official organ in connection with the publication of a secret circular issued by the Norddeutscher Lloyd to its agents, in which the latter are instructed that “Jews should not be inscribed as Germans but must be recorded as Hebrews.”

Commenting on the questionnaire of the United States Immigration Service, the “C. V. Zeitung” states in its issue of February 4:

“There arises immediately the question (which is not a question to us) as to how the Jewish Germans should describe themselves. In view of the fact that this is a matter of principle to us, the Central Verein directed an inquiry to the Hapag (the Hamburg-American line) and to the United States, asking for further explanation. The replies which we have received are not adequate.

“We can appreciate that East European Jewish immigrants, from some of the states of former Russia where the Jews are recognized as a minority people, who feel themselves members of a Jewish political nation, should describe themselves as Hebrews. This is their own affair and does not concern us Jewish Germans in the least. For us this entry would be totally meaningless.

“However, in order that there should he complete clarity as to what is meant by this entry, we publish several sentences from a strictly confidential circular of the Norddeutscher Lloyd takes the liberty apparently, of instructing its agents ‘that Jews must be described not as Germans but as Hebrews.’ This is an unbelievable challenge by a private enterprise to which we object. The decision as to which people we belong was made by our heart and will centuries ago on the German soil and we remain totally indifferent to the orders of a steamship company and immigration authorities.

“We therefore urge all our members and friends who go to the United States to answer the question in column ten concerning race by inscribing ‘German’ and to face the consequences with the courage of the best conviction.”

In its next issue the “C. V. Zeitung” reports that the publication of the item and the circular of the Norddeutscher Lloyd has made a great impression on German Jews and has caused considerable indignation against the circular of the steamship company. The matter was commented upon in communications from Berlin, Bremen, Hildesheim, Dresden and other centers. One Berlin member of the Verein, in his communication to the “C. V. Zeitung” remarked that “one must assume that the Lloyd did not issue these instructions on its own initiative but in accordance with the official demands of the United States authorities. These instructions must also have been received by the Hapag. If Ballin were alive and would want to go to the United States he would have been prohibited from describing himself as a German.