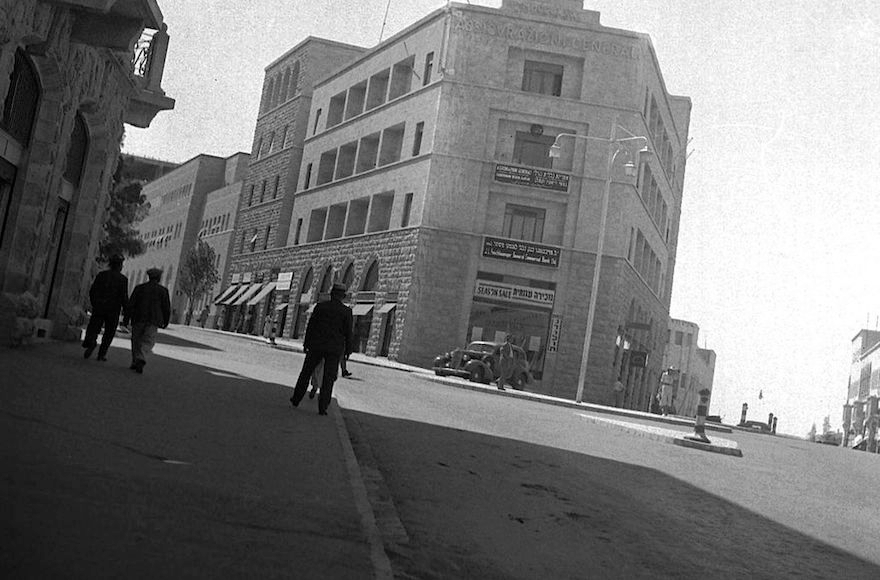 Inhabitants of Jerusalem paused yesterday to gaze with curiosity at the first taxicab which made its appearance in the streets of the Holy City. Until now only private automobiles and rented cars were seen in the streets. Other vehicles of public conveyance included the horse and buggy.