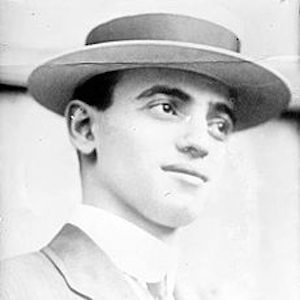 Interest in the Leo Frank case was revived here when the claim of William B. Stoneman that Frank had had a fair trial elicited a reply from Louis Marshall. In a letter published in the “Boston Herald” featured as from “Leo Frank’s Lawyer,” Mr. Marshall declares in unmistakable terms that Frank had not had a fair trial. The revival of interest in this case comes twelve years after Frank was lynched by a mob in Georgia.

A number of letters have made their appearance in the “Herald” protesting against an article written by a staff writer which set out the facts of the famous Frank case.

“Mr. Stoneman has the hardihood to intimate that Frank had a fair trial; that his lynching under these circumstances was but the act of riff-raff and that mob violence is a crime which the good people of Georgia do not tolerate,” says Mr. Marshall.

Mr. Marshall praises former Governor Slater who commuted Frank’s sentence and gives a review of the entire case sparing no details. He also denies the charges made that a large fund was raised in the country in defense of Frank. As one of Frank’s counsel, he states that he even paid the expenses out of his own pocket and never charged for any services rendered by him in defense of justice.

“The trial was a travesty on justice,” writes Mr. Marshall. “The record shows that while the trial was in progress the windows of the court room looking out upon the adjoining streets were open and that large and boisterous crowds were gathered in the streets and were engaged in noisy demonstrations plainly audible in the court room, which was also crowded, and those assembled within its walls, as well as those outside, applauded whenever the state’s attorney scored a point. Those outside cheered, shouted and hurrahed, while those within the court room evidenced the feelings by applause and other demonstrations. During his arguments and when he made objections the counsel for the prisoner was jeered by those present.

”After the courts had declined to give relief to Frank an application was marie to Governor Slater for a commutation of sentence and after an elaborate review of all the evidence, that distinguished jurist granted the application and indicated that the evidence did not justify the conviction, and that, in his opinion. Frank was innocent. It was one of the most courageous acts ever performed by a high official in this country. He knew that his life and the lives of his family were imperiled if his determination was favorable to Frank. A mob of 10,000 men marched upon his country home. It attacked the troops that were stationed there for his protection. He was hanged in effigy. And yet, appreciating this menace, he acted in accordance with the dictates of his conscience. I have it from his own lips that, after he had reached the conclusion that Frank was innocent, he felt it his duty to tell his noble wife oi what he had in mind and of the jeopardy in which he would place has family by acting in accordance with his convictions, and that she declared that if that was his belief she would despise him if he hesitated in the performance of his duty. Today he stands as one of the most respected men in the South because of his courage and his manhood. And yet, Mr. Stoneman is seeking to cast a slur upon this man who has reflected glory upon Georgia, and to intimate that he was swayed by improper motives. He charges that a large fund was raised in the country for Frank. There is no foundation in fact for such a statement. As one of his counsel I can say that even the ordinary expenses of that part of the litigation in which I was engaged were paid out of my own pocket, and that I never received orcharged a penny for my services regarding it to be my solemn obligation as a citizen to defend the laws of my country and the cause of justice,” Mr. Marshall concludes.

Abraham Stern, who died on July 2. left an estate appraised at $l,068,388 of which 55,000 was bequeathed to the Hobrew Orphan Asylum and the remainder to his family.