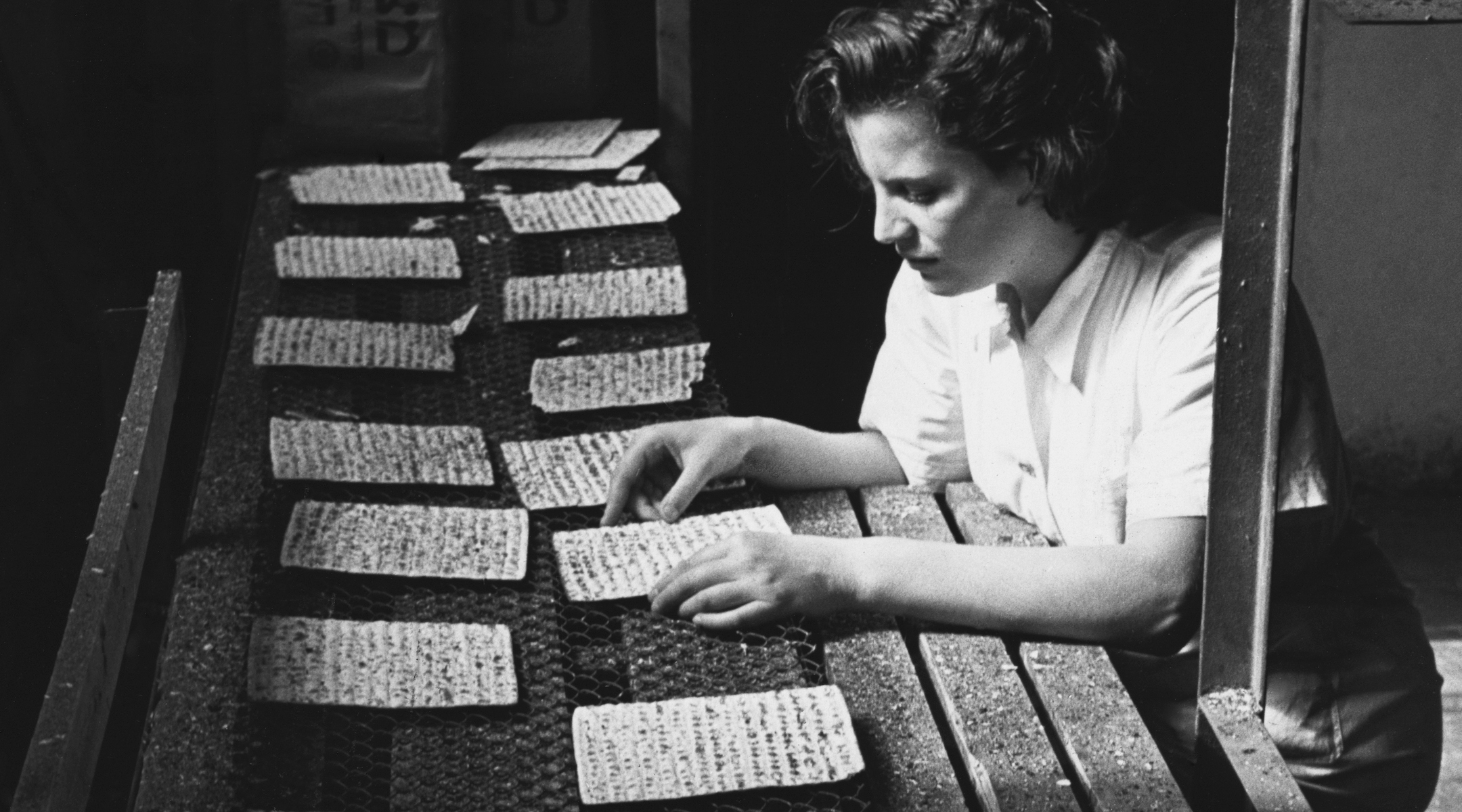 The U. S. District Court became the scene of a matzo-eating match yesterday as Judge Knox and the members of the jury proceeded to taste several brands of matzo in order to determine whether they were all alike. The question arose in the case brought by the Rabbi Weinberger Matzo Company against the Manischewitz Company and the Horo-witz-Margareten Company in which Rabbi Weinberger charges the other companies with using trust methods to control the matzo market.

Philip Halperson, for fifteen years a matzo dealer who admits who worked for a year helping Rabbi Weinberger prepare the case against the “trust,” asserted that all matzos are alike in quality. “Various matzo bakers have told me that all matzo bakers in America buy the same flour from the same firms. They say there is only one grade of Passover flour.”

Judge Hyman J. Reit, attorney for the Manischewitz’ interests, cross-examining Mr. Halperson, brought out that Halperson was not aware of the fact that the Manischewitz Company bought no flour at all from the dealer Halperson had named. “As a matter of fact,” said Judge Reit, “you know that there are several grades of flour for Passover baking.” At this point, Judge Knox reached for one of the score of packages of matzo, matzo crackers, matzo meal and matzo cake, spread on a table before him. He got out his pen knife and cut open the package. Attorney G. A. Rogers, for Rabbi Weinberger, said “why don’t you try some of our product too, Judge.” The Judge bit off a piece of matzo, laughed, and said “this is some of yours.”

Then the jury began to be interested. One juror observing that it was near lunch time, asked for a sample. Soon about a dozen packages had been opened and were being passed along from juror to juror. One juror announced that his father had been a rabbi and wanted to know whether matzo made by machine was kosher as oil is used in oiling the machinery. He was reassured when told that all matzo factories employ rabbis to see that the matzos are baked according to ritual. The judge, it was observed, did not stop eating after he had nibbled a few samples, but continued and consumed several cakes of matzo. He would not, however, say which brand he preferred.