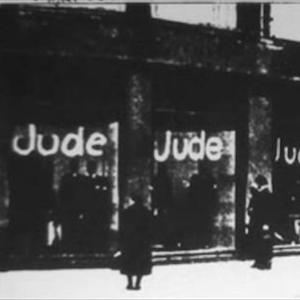 Jews in Germany are under a moral obligation not to have children while Hitler is in power.

This sentence, credited to Ira M. Younker, co-chairman of the Greater New York drive of the United Jewish Appeal and president of the Jewish Social Service Association of New York, appeared in a metropolitan newspaper yesterday.

Immediately the statement evoked a barrage of more pros and cons than had been experienced in Jewish circles for a long time.

There were many who argued that Younker was right, and many who condemned his stand.

All sorts of arguments were presented and Younker was called names ranging from humanitarian and savior to short-sighted scientist and advocate of “race suicide.”

Younker thought fit to clarify his stand last night. In a statement prepared for the Jewish Daily Bulletin he declared:

“I certainly do not advocate Jewish race suicide.

“My own feeling is, however, that if I lived in Germany I would certainly not wish to bring into this world children who would have to face as terrible a future as confronts them in Nazi Germany today.

“My intention, however, is not to cause the destruction of the Jewish people but to emphasize the terrible conditions that exist in Germany today.

“Only by thus sharply dramatizing the state of these children can we in America be made to realize the full extent of the horror for Jews under Hitlerism.”

As the Jewish Daily Bulletin went to press opinions were received from Rabbi Israel Goldstein, Estelle M. Sternberger and others.

“Hitler probably would be the first to hall Mr. Younker’s statement as printed in yesterday’s newspaper,” said Rabbi Israel Goldstein of Temple B’nai Jeshurun, president of the Jewish National Fund of America.

“The statement quoted in the name of Mr. Younker is in my opinion not a well considered utterance,” he added, and went on to say:

Race suicide is hardly the way for the Jew to meet the problem of anti-Semitism.

“As a Jewish policy therefore, Mr. Younker’s advice is untenable.

“From the purely human and humane standpoint of refusing to visit upon children the humiliation of being Jews in Hitlerland there may be a possible justification. Even from that angle it can be argued that German Jewry while Hitlerism lasts must look upon their stay in Germany as a temporary abode preparatory to emigration as soon as a favorable opportunity presents itself.

“If the Jewish generations of the past had acted on Mr. Younker’s principle the Jewish people would have disappeared long ago.”

According to Dr. Israel Goldstein, associate rabbi at the Free Synagogue, and professor in social service at the Jewish Institute of Religion, “the counsel that Mr. Younker offers the Jews of Germany the German Jews have already begun to practice.”

“The German Jews are curbing their birthrate and limiting their families in the face of this catastrophe.

“They realize, as we do, that it is unfair and unwise to bring children into a world in which there is restrictive educational opportunities, economic strangulation and political extinction.

“It is a tragedy to think that Israel must be denied the children of 500,000 Jews who have reached the stage of culture of the Jews in German lands, but it would be a far greater tragedy to increase the number of children who would be reared in this hell of hate, persecution and destruction.

“Jewish children in Germany cannot possibly escape the poison and paralyzing influence of the Hitler environment.

“Therefore children must wait until this madness in Germany is ended or their parents are transplanted to lands in which children can be reared in a spirit of freedom and without fear.”

Also at odds with Younker’s statement in yesterday’s newspapers was Estelle M. Sternberger, executive director of World Peace-ways and international secretary of the World Organization of Jewish Women.

“The suggestion that the Jews in Germany should not have children while Hitler is in power,” she declared, “implies a surrender to Hitler and his policies.”

“The Jew has never committed suicide. While tyrants terrorized over him the Jew defied the Pharaohs of Egypt and gave birth to a generation that was ready to die for a new society.

“That new society in Palestine gave the world the prophets who are still the inspiration of civilization.

“While Hitler rears armies to destroy humanity the Jew must rear children pledged to struggle for the ideal of liberty and universal brotherhood.”