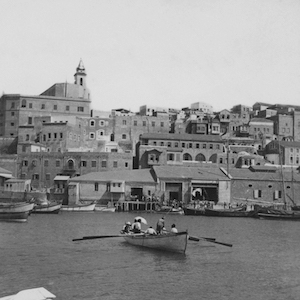 Mary Leighton-Floyd, seventy-five, who came to Palestine sixty-eight years ago from Jonesport, Maine, with a group of Christian Zionists and settled permanently in Jaffa, died here recently.

Mrs. Leighton-Floyd, who came here with her parents in 1866, was one of the original American settlers in Palestine. She was always sympathetic with Jewish aspirations in Palestine and firmly believed the Jewish people were destined to return to Palestine.

She is survived by her brother. Frank C. Clark, steamship agent and cruise director of New York.