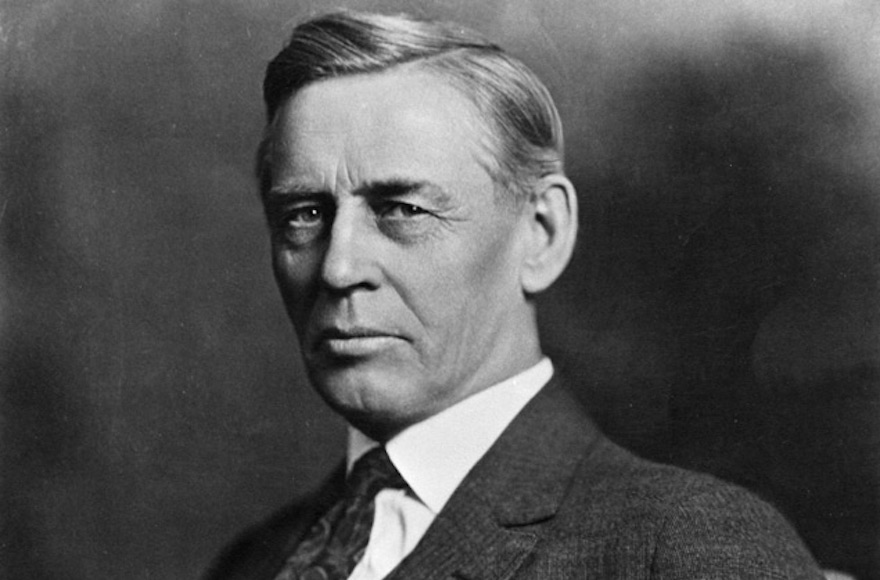 The “striking similarity” between the recent outpourings of the Goebbels propaganda bureau in Germany and the speech delivered last night by Charles A. Lindbergh at Des Moines, in which he charged the “British, Jews and Roosevelt Administration” with leading America towards war, was pointed out here today by Stephen T. Early, President Roosevelt’s spokesman.

Commenting on the speech in which Lindbergh for the first time expressed his attitude toward the Jews, Mr. Early said: “You have seen the outpourings of Berlin in the last few days and you have also seen Lindbergh’s statement last night. I think there is a striking similarity between the two.”

Speaking before an audience of 8,000 at an America First meeting at Des Moines, Lindbergh, last night, said that the Jews in America constitute, next to the British, the “second major group pressing America towards the war.” He warned American Jews that “they will be among the first to feel its consequences.”

“It is not difficult,” Lindbergh said, “to understand why Jewish people desire the overthrow of Nazi Germany. The persecution they suffered in Germany would be sufficient to make bitter enemies of any race. No person with a sense of the dignity of mankind can condone the persecution of the Jewish race in Germany. But no person of honesty and vision can look on their pro-war policy here today without seeing the dangers involved in such a policy, both for us and for them. Instead of agitating for war, the Jewish groups in this country should be opposing it in every possible way, for they will be among the first to feel its consequences. Tolerance is a virtue that depends upon peace and strength. History shows that it cannot survive war and devastation. A few far-sighted Jewish people realize this, and stand opposed to intervention. But the majority still do not. Their greatest danger to this country lies in their large ownership and influence in our motion pictures, our press, our radio and our Government. I am not attacking either the Jewish or the British people,” Mr. Lindbergh continued. “Both races, I admire. But I am saying that the leaders of both the British and the Jewish races, for reasons which are as understandable from their viewpoint as they are inadvisable from ours, for reasons which are not American, wish to involve us in the war. We cannot blame them for looking out for what they believe to be their own interests, but we also must look out for ours. We cannot allow the natural passions and prejudices of other peoples to lead our country to destruction.”

“The Roosevelt administration,” Lindbergh said, “is the third powerful group which has been carrying this country toward war.” He concluded by saying that, “if any of these groups – the British, the Jewish or the administration- stops agitating for war, I believe there will be little danger of our involvement.”