Only 800 Jews Survive in Lodz; 70,000 Killed by Germans Since Russian Offensive 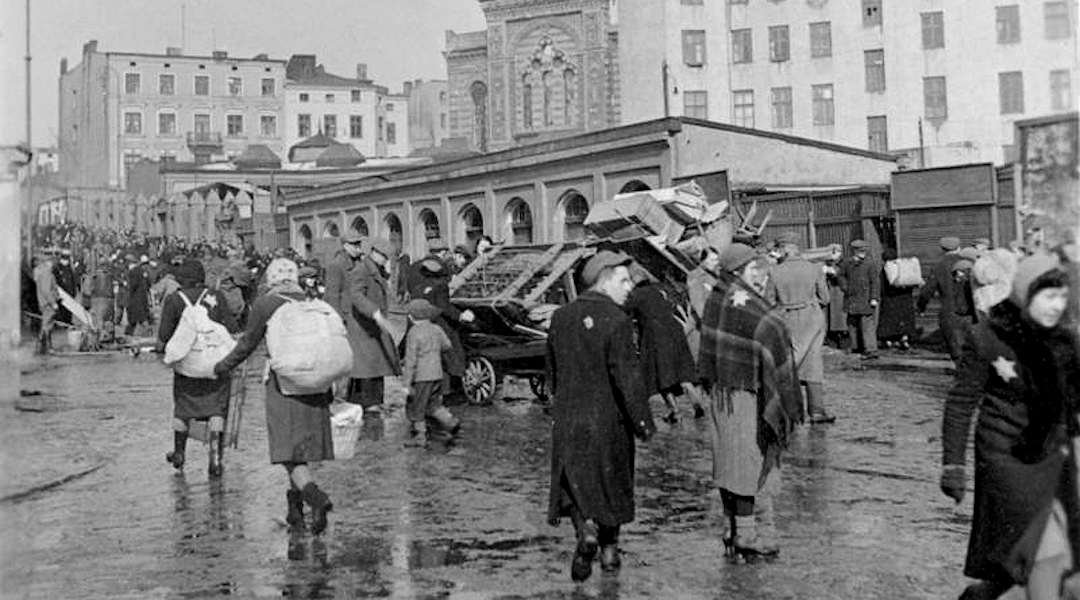 Of the 250,000 Jews who resided in Lodz before the war, and the tens of thousands who were sent here from all parts of occupied Europe, only 800 survive, the correspondent of the Jewish Telegraphic Agency found upon arriving in this industrial center today.

From survivors, the correspondent learned that the Germans had sent almost 70,000 Jews from Lodz to the death camp of Oswiecim since last August, when the Red Army broke through to the Vistula River. When deportations were no longer possible, the Gestapo murdered Jews in the ghetto itself. As late as January 16, when Russian tanks were already breaking into the outskirts of the city, the last batch of victims were machinegunned in the Jewish cemetery after being forced to dig their own graves.

As this correspondent walked through the vast barbed-wire-enclosed slum area which constituted the ghetto he found many empty house in which tables were set for dinner, with the food untouched. The inhabitants had been dragged to their death in the last minute frenzied massacres that preceded the fall of the city.

SPECIAL COINS FOR JEWS INTRODUCED BY GERMANS IN LODZ GHETTO

On one of the tables were two zizc coins, one of five, and the other of ten marks denondnation, which the Germans had coined for circulation in the ghetto. On one cide was a MOgen David, with the word “Ghetto” stamped at its base, while on the other side was the inscription “Der Aelteste der Juden in Litzmannstadt,” (The Jewish Elders of Lodz).

The JTA correspondent spoke with Dr. Albert Mazur, a Jewish eye-ear-and-nose specialist, who disclosed details of the five-year martyrdom suffered by the Jews of Lodz. The doctor is the only Jewish physician alive in Lodz. Aside from the denortations and massacres, which resulted in the death of more than a quarter of a million Jews during the Nazi occupation, about 70,000 died from tuberculosis induced by malnutrition, inadequate shelter and clothing and mistreatment, he revealed.

Dr. Mazur, who visited the United States in 1926 and who has relatives in New York, told the JtA correspondent that “in my five years in the ghetto, I never heard a single kind word from any German, whether a Gestapo man, a member of the S.S. or ordinary soldiers.” The chief of the ghetto administration, he said, was a Herr ?ibow, “an out-and-out sadist” who took special delight in stripping and torturing young Jewish girls. The Gestapo chief in Lodz, who supervised the deportations, was named Bradfisch.

The Lodz Jews were also subjected to mistreatment and humiliation by the new German settlers who came here after the city was occupied in 1939, Dr. Mazur said. Many of these are still here, having been abandoned by the retreating Wermacht. They spend their time frantically making the rounds of such men as Dr. Mazur and non-Jewish Peles imploring them to sign affidavits attesting to their good-nature and the fact that they did not illtreat anybody.

Dr. Mazur desoribed the last days of the ghetto, when the Germans were getting ready to abandon the city. When the present Red Army offensive began, he said, the few remaining Jews made preparations to avoid being murdered at the last minute. Women and children moved to dugouts secretly prepared in advance and stooked with food and water. Some of these hiding places were located in the jewish cemetory, which was within the ghetto confines. German panic and demoralization facilitated the work.