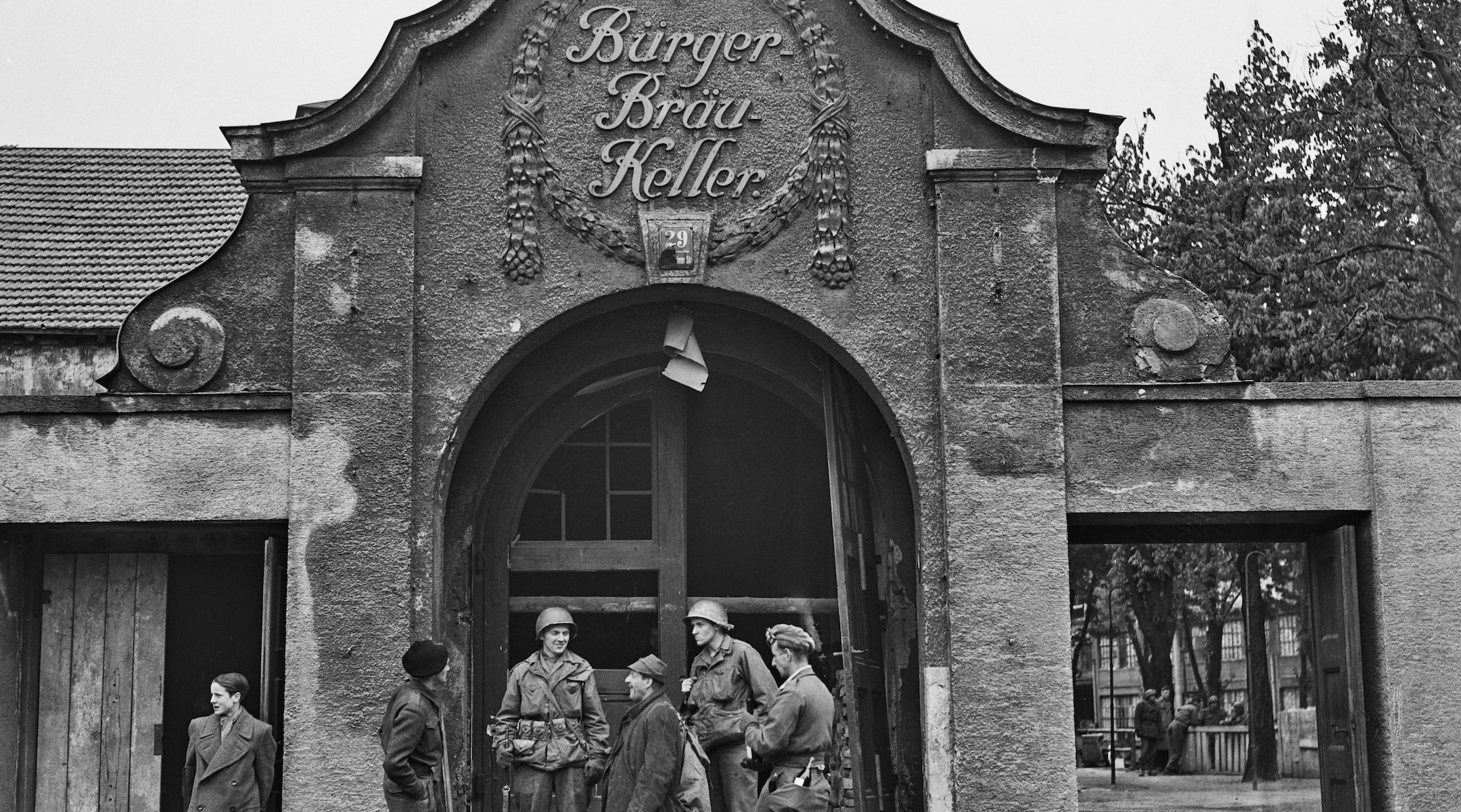 U.S. soldiers talk with two recently released prisoners of war outside the Burgerbraukeller beer hall in Munich, May 4, 1945 in Munich, Germany. The Burgerbraukeller was where Adolf Hitler launched the Beer Hall Putsch in November 1923, and in 1939 saw an attempted assassination of Hitler and other Nazi leaders by Georg Elser. (Fred Ramage/Keystone/Hulton Archive/Getty Images)
See Original Daily Bulletin From This Date
Advertisement

In the Munich Rofbrau which gained fame, or infamy, as the scene of the beginning of Hitler’s “putsch” of 1923, 120 delegates representing 48,000 Jews confined in 32 camps in the Anglo-American zones of Germany met over the week-end and set up a “Central Committee for Jewish Liberatees in Germany.”

Attending the meeting in the former beer hall were twelve officers and men from the Jewish Brigade, two American army chaplains and Eliahu Dobkin chief of the Immigration Department of the Jewish Agency. After establishing the new central committee, the delegates unanimously adopted a resolution demanding freedom of immigration to Palestine and establishment of a Jewish state there.

The room in which the delegates met was filled with Torahs and other religious relies saved from destroyed European synagogues. On the presidium was six-year-old Zalman Schulman, one of the few Jewish children found at Oswiecim. The initial session of the conference, which was held not in the hofbrau, but in a hospital in a Munich suburb where 800 survivors of Buchenwald and Dachau are being cared for, was opened by Zalman Grinberg, of Kovno, who was freed from Dachau.

Mr. Dobkin discussed the general world situation and developments in Palestine and addresses were delivered by other delegates and by Capt, Choter Ishay of the Jewish Brigade. After adopting the resolution on Palestine, the delegates rose and sang Hatikvah.