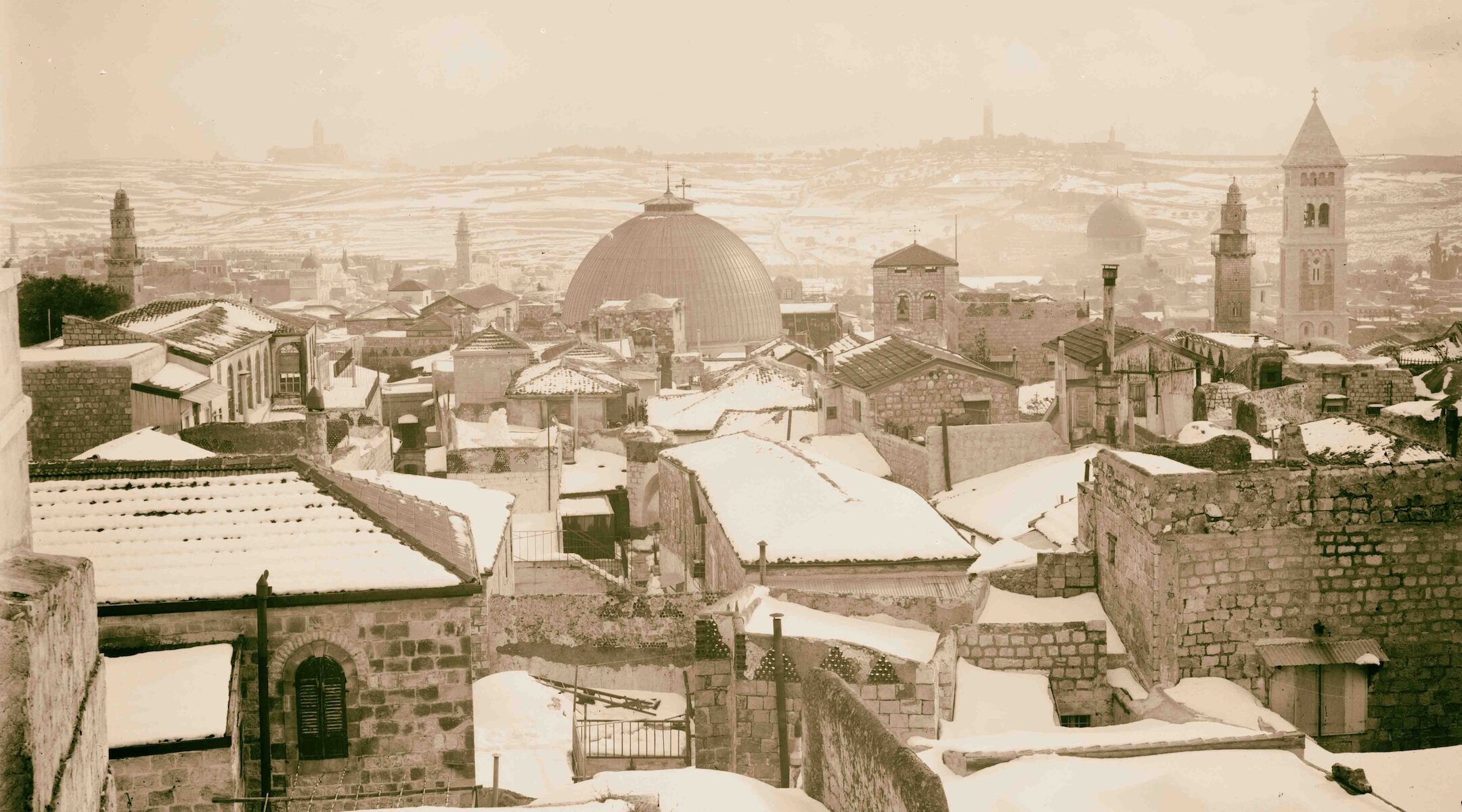 Jewish Agency officials worked through the night in freezing temperatures examining conditions in immigrant reception camps in Israel, following the worst snow-fall that has ever hit this country. A heavy snow fell in the entire Tel Aviv area for the first time since 1870, while the rest of Israel was reported under a deep blanket of snow.

The city of Tiberias reported that it is snow-bound. The road linking Tel Aviv and Jerusalem has been cut since last night while the official government radio, Voice of Israel, cancelled its programs owing to the failure of electric power. Transportation was reported to have been seriously out throughout the country.

The streets, rooftops and trees in Tel Aviv are glistening white. Reports reaching here from various parts of Israel say the snow-fall is continuing everywhere. The snow storm raging in Jerusalem today made it impossible for the regularly-scheduled session of the Israel parliament to take place since most deputies reside outside the city.