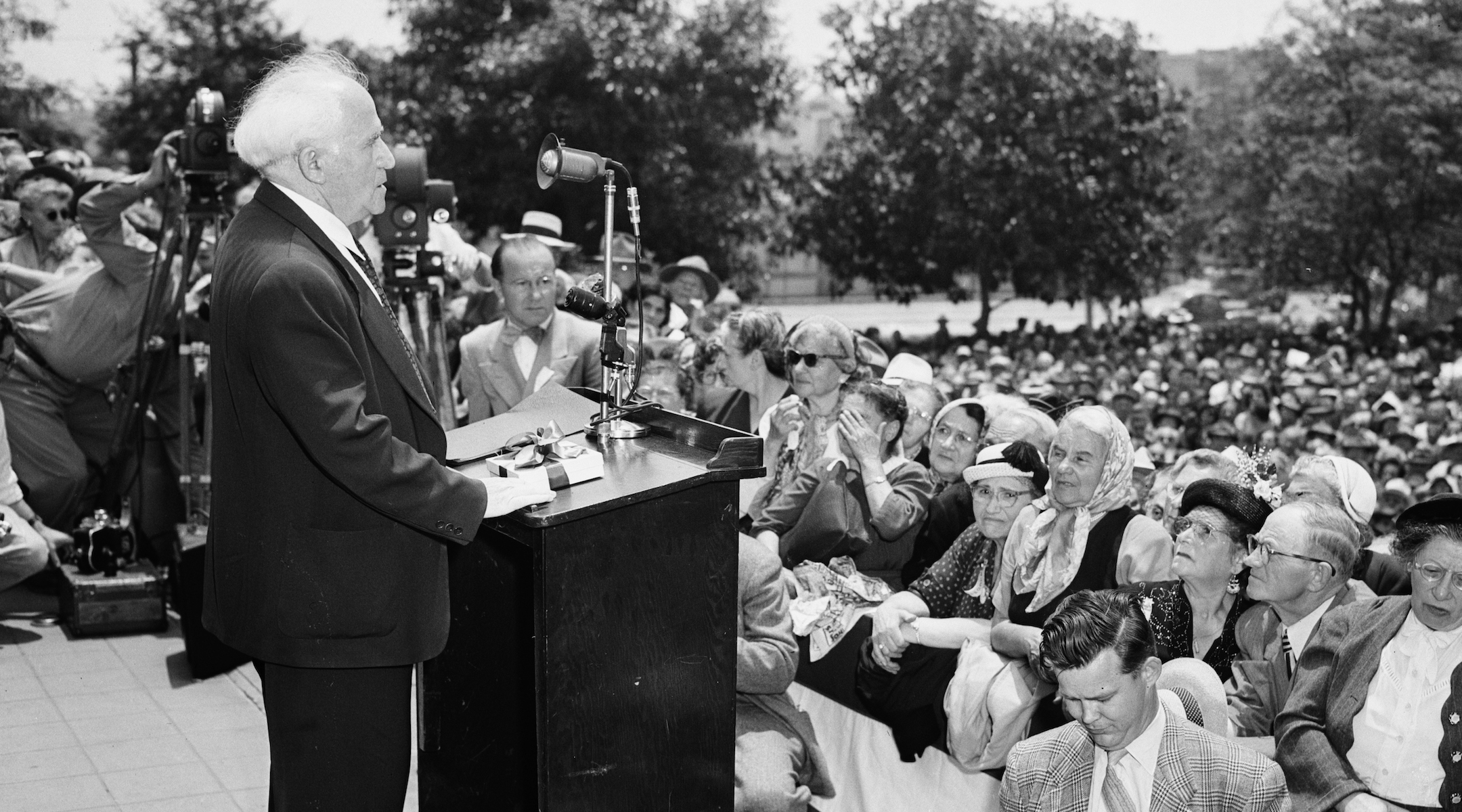 Premier David Ben Gurion, head of the Mapai Party, in a comment on the results of Israel’s second general elections, deplored the failure of his party to attain a stable majority but declared that the Mapai would remain at the helm in the country’s destinies.

“A stable majority was not attained despite its imperative necessity for our country,” Mr. Ben Gurion said today. “Nevertheless, considerable headway has been realized towards consolidation of a stable majority. The pioneering workers’ movement that has guided the Israel Government since its inception will again retain the central position and its course shall remain decisive until elections for the third Knesset.”

Dr. Peretz Bernstein, leader of the centrist General Zionist Party, which emerged in Monday’s elections as the second strongest party in the country, expressed the readiness of the General Zionists to enter into a Government coalition.

“The initiative,” he said, “lies entirely with the Mapai since the General Zionists have expressed their readiness to co-operate with all parties except the Mapam and the Communists.” The General Zionist spokesman compared the British governmental situation with that of Israel. “The same factors do not prevail here as in Britain, he asserted, because the British Labor Government’s majority is based on one party while, in Israel, the Mapai would have to rely on splinter groups of various parties to attain an insecure majority.”

The Mapai’s capturing of 37.1 percent of the vote in this election constitutes a gain of 3.1 percent over the 34 percent the Labor Party received in the “January, 1949, election. The General Zionists, who made the greatest advance, increased their vote from 5 percent to 16.4. These two gains were apparently made at the expense of the left-wing Socialist Mapam, which dropped 2.2 percentage points from 14.5 to 12.3, and the Herut, which went from 11 percent to 6.6 percent. The religious parties, presenting four separate lists in this election, received the same total of 12 percent which they rolled up as a united front in 1949. The Communist increased their vote from 3.4 to 3.9 percent.