U. of Maryland Denies Anti-Jewish Bias in Dormitory Assignments 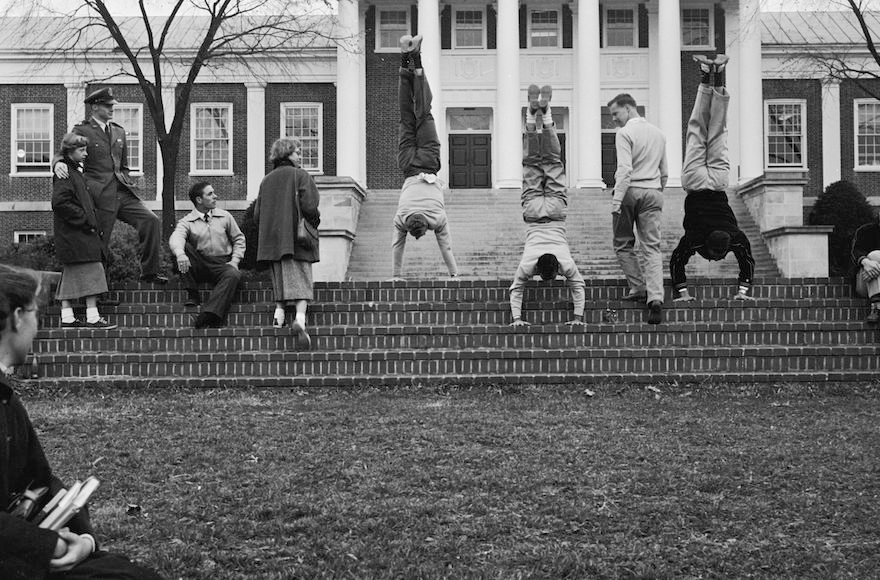 University of Maryland authorities denied today that anti-Semitism played any part in the denial of dormitory facilities to 30 girls who were graduated from a high school in a section of Baltimore which has a large Jewish population. No other Maryland high school graduates received such notices, the Associated Press reported today.

University officials claimed that a housing shortage existed and insisted that there was no thought of religious discrimination. It was pointed out that the university receives four times as many freshman applications from the high school in question than from any other school in the state. Dr. H.C. Byrd, University president, said that housing was assigned on a “geographical basis” but that “somebody’s got to be trusted to use arbitrary judgment.”

The situation was made know when a Maryland legislative committee called on the University for an explanation. Jewish defense agencies are taking a close interest because of incidents which occurred at the University before. A Gentile’s denunciation of anti-Semitism at the University in 1949 brought about an investigation by the Baltimore Jewish Community Council. The Gentile was Louis Eisenhauer, retiring student president, who charged that anti-Semitism was “rampant” on the College Park campus.