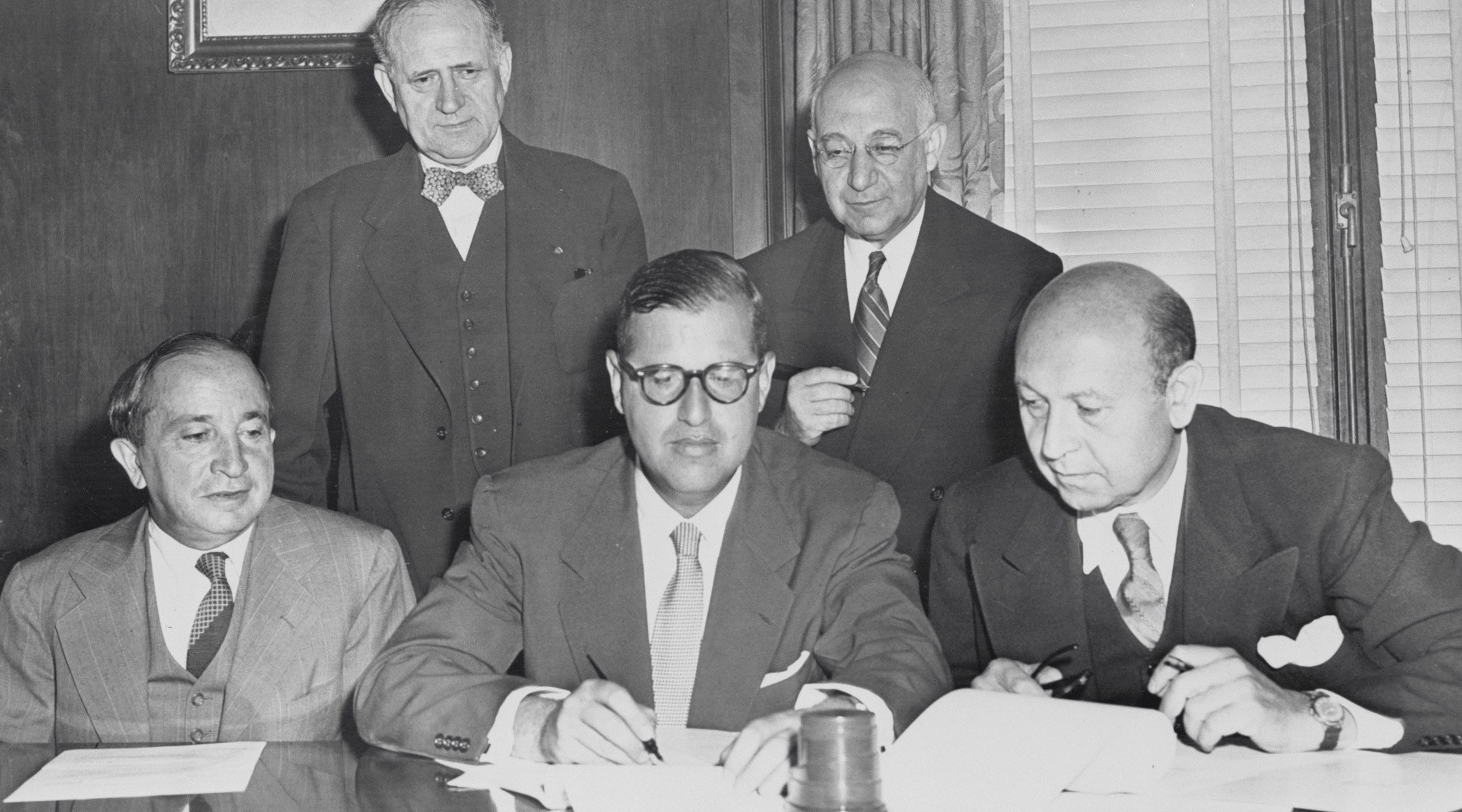 Ambassador Abba S. Eban said today that the United Nations should make every effort to bring about direct negotiations between the Arab states and Israel for a peace settlement. He made this comment at a luncheon given for members of the press on the occasion of the opening of the Palestine debate in the Ad Hoc Committee.

“We’ve tried every other means of bringing about peace and they have all failed,” Mr. Eban said. He described the situation with regard to the Arab-Israel dispute as unique in that it was the only one in which there was no direct contact between the two parties. In every other international conflict, even between the Soviet Union and the Western Powers, there was contact, he pointed out.

Mr. Eban declared that on very occasion that Israel and the Arab states have met there has been agreement. He referred to the “weariness” in the United Nations over the “traditional” discussion on Palestine. “Year after year we have chewed the cud of Arab denunciations,” he stated.

Instead of continuing the controversy, Israel intended to submit its peace plan at this session, Mr. Eban said. He announced that Israel’s aim would be full peaceful relations with the Arab states, the pooling of efforts to conquer the desert, the reestablishment of communications and the solution of security questions together.

The Israeli diplomat felt the time was ripe for such a move because of the passage of years which had healed many wounds and because the “resistance within the Arab states was psychologically less towards a settlement.” In connection with this, Mr. Eban answered a question by saying that he felt that Egypt was the logical leader among the Arab states to bring about peace negotiations. He declared that there was no issue between Egypt and Israel which could not be readily solved.