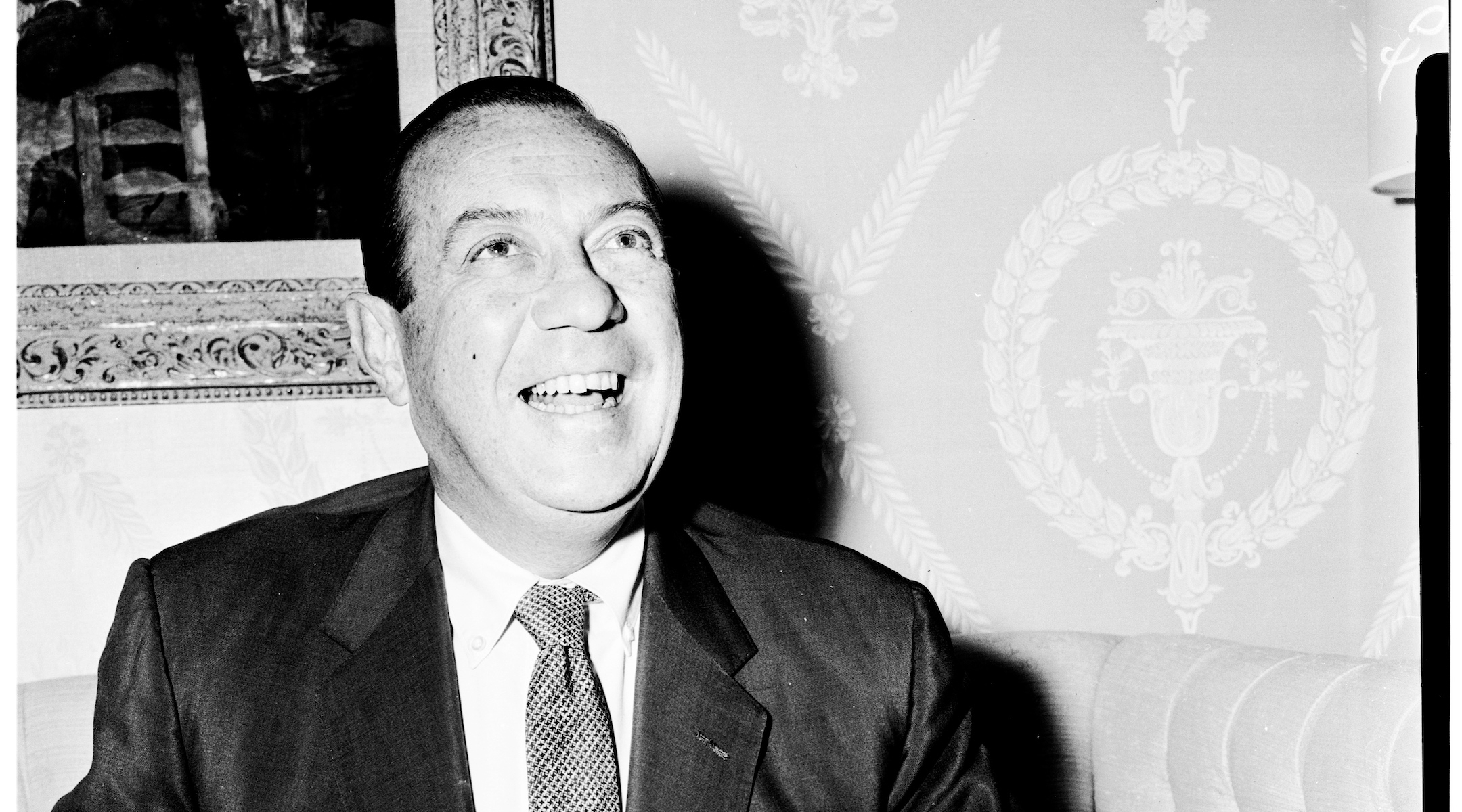 Mayor Robert Wagner today became an “honorary patron” of the Second World Assembly of Jewish Choirs which is scheduled to open in Israel on August 5, 1955, during a reception for Mayor Oved Ben Ami of Nathanya, Israel, held at New York’s City Hall.

Mayor Ben Ami, who is chairman of the executive committee of the World Zimriya, sponsors of the choir assembly; presented Mayor Wagner with an illuminated edition of King Solomon’s “Song of Songs” which was printed in Israel. The New York Mayor acknowledged “with gratitude” an invitation from Mayor Ben Ami to attend the choir festival in Israel during August, as well as a mayor-to-mayor invitation to participate in the inauguration of “New York Boulevard” which is scheduled to take place in Nathanya at the same time as the music assembly.

Aaron Z. Propes, executive director of the World Song Festival, told Mayor Wagner that “fifteen choirs numbering about 500 voices will represent the American Jewish community at the festival.” He added that March 1 has been set as the deadline for the registration of choir delegates.