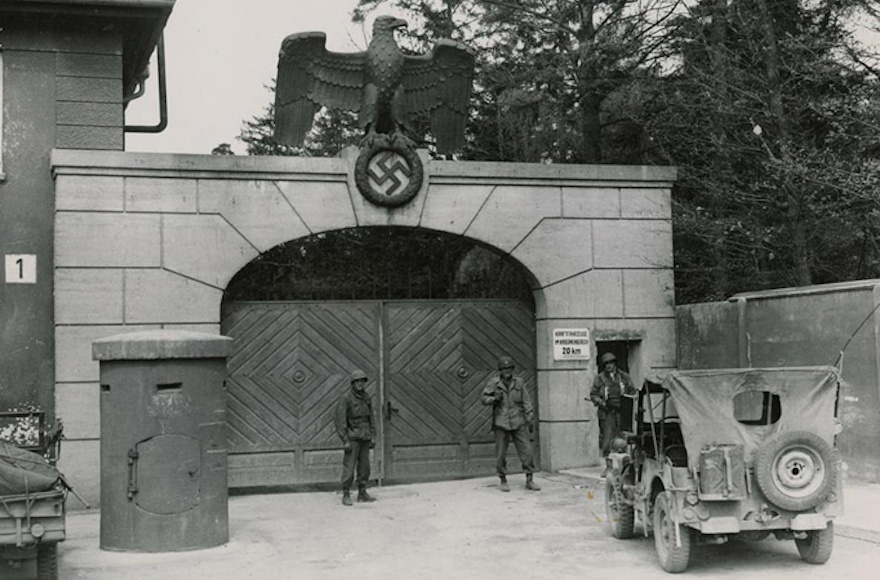 Reports from various capitals of the world reaching the Jewish Telegraphic Agency today indicated world-wide commemoration of the millions of Jews annihilated by the Nazis in concentration camps and gas chambers.

In Germany, several hundred former inmates of the notorious Nazi camp at Dachau observed the 10th anniversary of their liberation from the camp by American troops. They came to Dachau from all countries in Western Europe to walk through the camp grounds. Many later attended a memorial service at Munich.

In Israel, a forest commemorating the Jews who died in the Nazi Bergen-Belsen concentration camp was planted today in the Judean Hills on a site some 11 miles west of Jerusalem near the new settlement of Lehagshama. The forest will eventually contain 300,000 trees. Present at the ceremony today were: Brigadier Glyn Hughes, commander of the British troops who liberated the camp ten years ago; Berl Locker, Jewish Agency co-chairman; former camp inmates who journeyed here form Germany for the ceremony, and hundreds of former inmates now living in Israel.

In France, ceremonies commemorating those who died in the Nazi concentration camps, as well as marking the liberation of the camps, were held in all Paris synagogues. Special services were also held in synagogues in other French cities.

In Italy, 23 gold medals were awarded today in Milan to Italian non-Jews who during the Nazi occupation risked, and in some cases lost, their lives to save thousands of Jews from death at the hands of the Germans. The awards, presented by the Union of Italian Jewish Communities, were given at a ceremony attended by members of the Italian Government, Milan municipal officials, prominent Italians and representatives of Jewish institutions and communities. Seven of the medals were awarded in memoriam to men who were executed or who died under torture or in Nazi camps after their capture.