Jews to Pray at Yom Kippur Services for Eisenhower’s Recovery 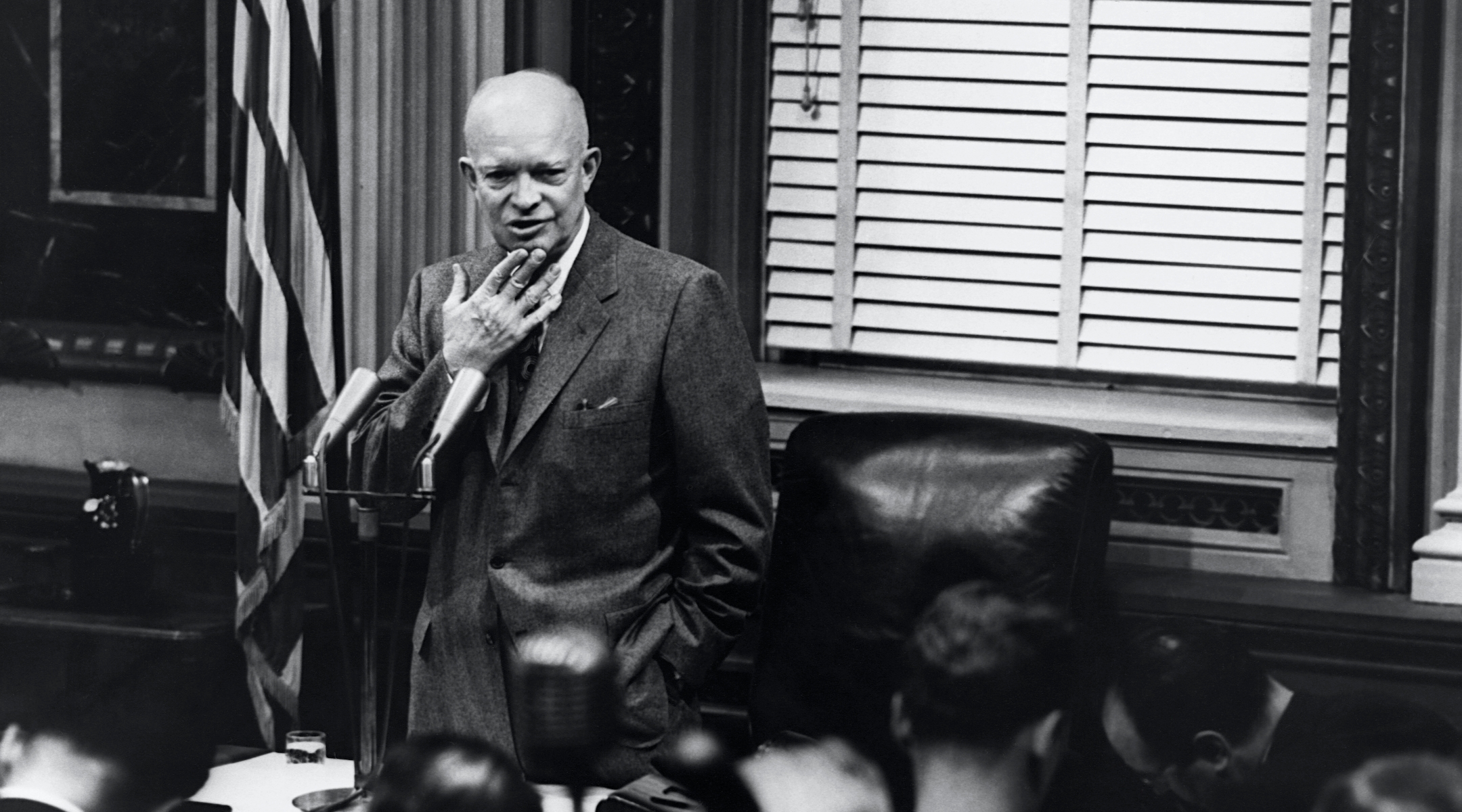 Prayers for a full and speedy recovery of President Eisenhower will mark the observance by American Jewry of Yom Kippur, the Day of Atonement and holiest Jewish holiday, which starts at sundown today.

All rabbinical organizations today called upon synagogues throughout the country to offer special prayers during Yom Kippur services for the Chief Executive’s health. The Rabbinical Council of America, one of the Orthodox groups, composed a special Yom Kippur prayer for its congregations asking that “the Almighty strengthen our great President Eisenhower and send him His healings so that he may continue his services for humanity and Israel and champion the cause of liberty and justice and freedom for all oppressed people.”

The New York Board of Rabbis, which includes the Orthodox, Conservative and Reform rabbinate in the metropolitan area, announced that special prayers will be read in all New York synagogues during the services tonight. At the same time, it was learned that Israel Ambassador Abba Eban last night wired President Eisenhower at the Colorado hospital where he was removed after suffering a heart attack, as follows: “I join with the multitudes in your own country and the outside world in wishing you, Mr. President, a swift return to complete health.”

JEWS URGED TO REMEMBER STRICKEN AND OPPRESSED ON YOM KIPPUR

Remembrance of stricken and oppressed Jews, a basic theme of the Jewish High Holy Days was urged today as a year-round principle by Sol Luckman, a national chairman of the United Jewish Appeal who beads a current UJA emergency effort to raise $10,000,000 in cash by mid-October, He asked American Jews to “keep in mind every day the needs of refugees and distressed Jews in overseas lands, particularly in violence-ridden North Africa.”

Mr. Luckman a prominent Cincinnati business men, made this plea in a Yom Kippur message to the more than 5,200 community campaigns affiliated with the UJA. He called for “the utmost speed” in raising the emergency $10,000,000 fund so that agencies of the UJA can transfer 10,000 Jews from tense Morocco to Israel during October and November.

Yom Kippur services will be observed by several hundred recently-arrived Jewish immigrants at the synagogue of the United Hias Service, at its world headquarters here. Ben Touster, President of United Hias, announced that rabbis in several hundred New York synagogues would appeal to their congregations during the Yom Kippur services for support of the United Hias worldwide program for the rescue and aid of Jews now living uneasily overseas in an atmosphere of hostility and often fear.