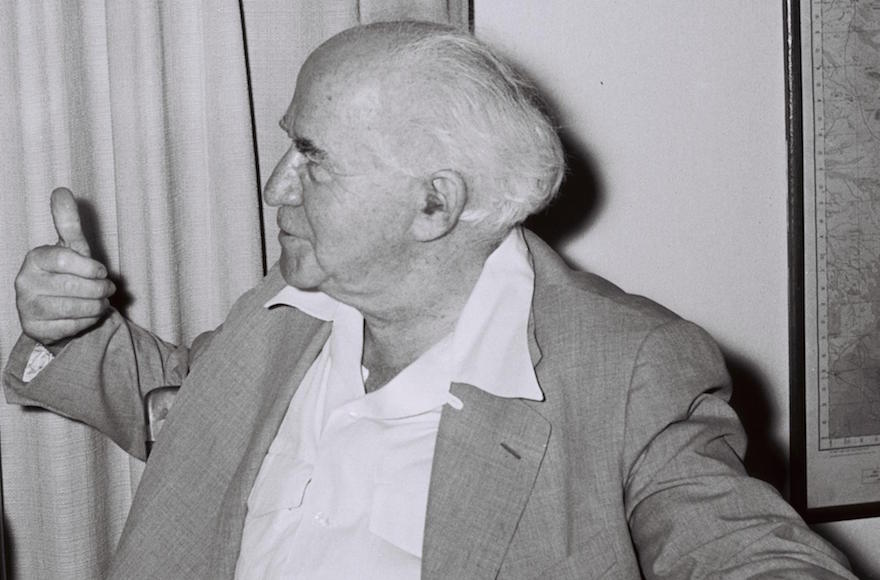 Disquiet provoked by Premier David Ben Gurion’s sharp criticism of the Zionist movement had repercussions today in the ranks of the Premier’s own followers in the Mapai Party.

When the party’s executive met one of its members demanded a special meeting to consider what he described as Mr. Ben Gurion’s disturbing attitude–a reference to the Premier’s speech at the recent ideological conference in Jerusalem in which he lashed out at Zionists and said he himself was not a Zionist.

The demand was rejected after Giora Josephthal, secretary-general of the Mapai Party, told the meeting that a majority of the Mapai rank and file did not share Ben Gurion’s views on Zionism and Mr. Ben Gurion was aware of that fact. The Premier’s views were not recent, he pointed out, although their formulation at the conference had disturbed both Mapai members in Israel and Zionists in many parts of the world.

The furore arose over the debate in the ideological conference over the role and status of Zionism, with the Premier holding the position that to be a Zionist meant to settle in Israel. Dr. Nahum Goldmann, president of the World Zionist Organization, Moshe Sharett, former Premier, and other Jewish thinkers, argued that there was a role and purpose for the Zionist movement outside of Israel and pleaded for cooperation between Israel and the Zionist movement abroad.