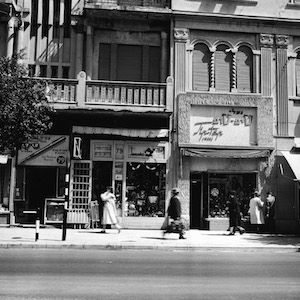 Two members of the Italian Parliament, Senators Nencioni and Turchi, today charged in a public inquiry to the Government that Italy is trying to discourage Italian construction firms from participating in the building of a new subway line at Tel Aviv, for fear of endangering relations between Italy and the United Arab Republic.

A statement issued by the Foreign Ministry declared: “Rumors that the Israel Government intends to solicit the cooperation of Italian firms have not been confirmed. Therefore, reports of pressures anywhere against such cooperation are excluded.”

This statement from the Foreign Ministry, it was noted here, does not constitute an official Government explanation as requested by the two members of Parliament. The Senators who made the inquiry are members of the Italian neo-fascist movement. Their objection to the alleged Government steps against cooperation with Israel are based on reports they spread that Cairo Radio broadcasts have insulted Italians.