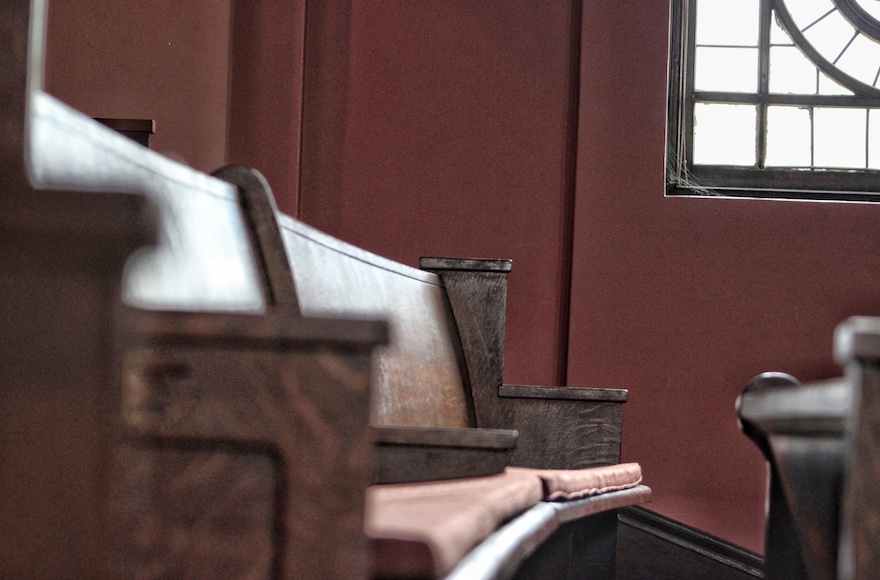 Mixed seating was first instituted in the synagogue in 1956, after a large majority of the membership voted in favor of it. An Orthodox minority group brought suit the following year and secured the decision barring mixed seating. The courts, which normally do not rule on religious disputes, did so in this case, since the conditions of a trust under which the synagogue was built were involved.