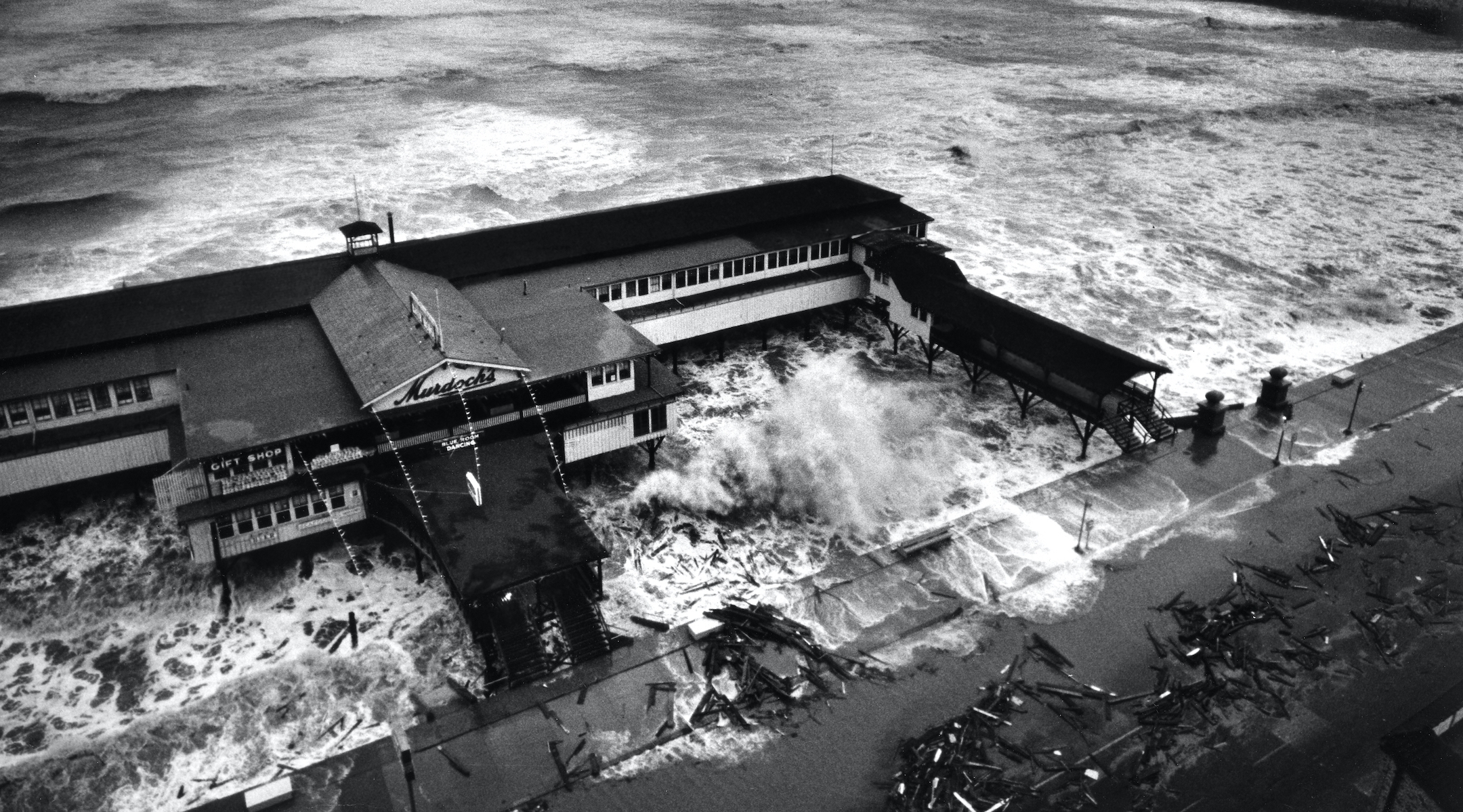 Hurricane Carla, one of the most destructive storms ever to hit the southern United States, knocked out most of the Rosh Hashanah services scheduled by South Texas congregations.

The impact of the hurricane on the plans to usher in the Jewish New Year was surveyed for the Jewish Telegraphic Agency by Jim Wisch, editor and publisher of the Texas Jewish Post. New Year services which were not canceled by winds of up to 175 miles an hour, were postponed until the storm moved northward.

By mid-afternoon of Sunday– Rosh Hashanah Eve–most of the people in the Galveston area, the first land target of the storm, who had not left in response to warnings from authorities, were trapped. Services at Galveston synagogues were canceled. Rabbi Stanley Dreyfus, spiritual leader of B’nai Israel synagogue in Galveston, said that most of the Jewish people of Galveston decided to stay and ride out the storm.

Temple B’nai Israel stood in several feet of water but Rabbi Dreyfus reported that he rode by the synagogue today “and saw some outside damage.” He added he was certain that the interior of the building had not been damaged and that “we should be back for Shabbas worship.” The Orthodox synagogue, Beth Jacob, was under four feet of water this morning.

High Holy Day services were postponed in Beaumont from Sunday and Monday to Monday evening and Tuesday morning. Corpus Christi congregants, like the rest of the population, obeyed warnings to stay home and services were canceled.

Victoria, which had been an early haven for Gulf Coast refugees, was battered Monday and synagogue services were knocked out. Texas City and the bay town area reported the same impact. Wharton, in the same general area, held services under Rabbi Israel Rosenberg’s spiritual leadership on Sunday night.

Houston, the largest city in southern United States, was severely battered by the hurricane. Belted by heavy floods and roaring winds, many of Houston’s congregations postponed Rosh Hashanah services from Sunday and Monday to Monday evening and Tuesday morning, Houston’s smaller Orthodox synagogues held services on Sunday night, however, despite warnings of the approaching storm.

Some of the congregations in Houston were unable to hold services even if not hard hit by the hurricane because of power failures it caused. David White, publisher of the Houston Herald Voice, reported today that “the services were poorly attended Tuesday morning–very poorly. Many parts of Houston are flooded, some are without electricity. Temple Beth Israel, which had re-scheduled services, still could not hold them after the storm because of lack of power.”

From Austin, the Texas capital, Rabbi Charles Mintz, regional director of the Southwest Council of the Union of American Hebrew Congregations, reported today that a few straggling refugees attended services in Austin. He added that services at his synagogue were not interrupted.