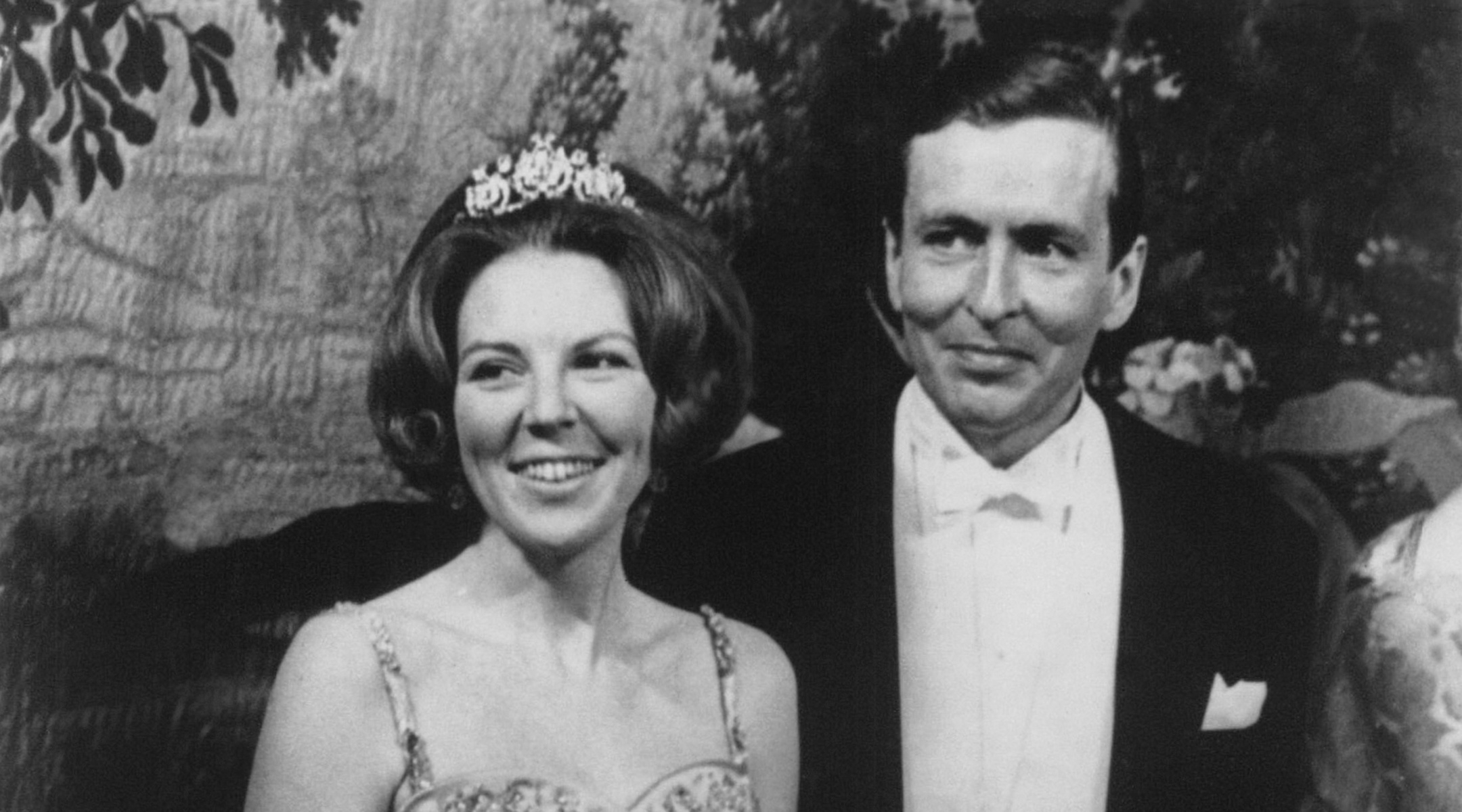 Princess Beatrix of the Netherlands and her fiance Claus von Amsberg during an official reception in Delft, the Netherlands. (Gamma-Keystone via Getty Images)
See Original Daily Bulletin From This Date
Advertisement

Leading rabbis, invited to attend today’s wedding ceremony of Princess Beatrix of the Netherlands to Claus von Amsberg, a German commoner who was a member of the Hitler Youth in Nazi Germany and served with the German Army in World War II, refused the invitation and were absent today from the ceremony.

The Jewish community refrained from protesting the wedding which was widely and sharply criticized in the Netherlands. Some 250,000 Dutchmen, including 165,000 Jews were killed by the Nazis, many of them in Nazi extermination camps. Demonstrators opposed to the German consort clashed with police. The first demonstration today took place at a memorial to Dutch victims of Nazism in the Jewish district of Amsterdam where more than 1,000 students assembled.