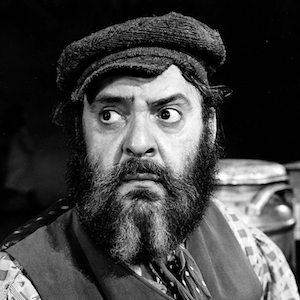 A Jewish actress who has been playing a key role in “Fiddler on the Roof, ” has been dismissed from the award-winning musical after absenting herself on Rosh Hashana and Yom Kippur, it was learned today. The actress is Ann Marisse, in private life the wife of Rabbi Herbert Freed. She is also the daughter of an Orthodox rabbi.

Mrs. Freed charged in a letter to Harold Prince, producer of the play, that company manager Carl Fisher had explained her dismissal with the statement: “You stayed out of the show for the holidays, and we didn’t want you to, ” She said she had informed Mr. Fisher of her intention to observe Yom Kippur “in ample time” to make the necessary adjustments, a reference to the need to provide for an understudy. Mrs. Freed had been playing the role of Tzeitel, Tevye’s eldest daughter, for two years.

Mrs. Freed also asserted in her letter that she had informed Ed Baylies, the stage manager after her Rosh Hashana absence, that she absented herself “only after alerting my understudy, so that the show would not suffer. I made it clear to Ed Baylies that, being the daughter of an Orthodox rabbi and the wife of an ordained rabbi, my religious convictions dictated to me that I observe the Holy Days and absent myself from the show.”

Mr. Prince replied in a statement that Mrs. Freed “did not ask for permission to take Rosh Hashana off. Instead she telephoned in that she was sick. I happened to be in the theater that night, called her back and discovered she was out for the night. Such behavior is highly unprofessional.”

However, Mrs. Freed said the reason she had not been home on the eve of Rosh Hashana, when Mr. Prince called, was that she was attending synagogue services in Queens, and that she did not return to her apartment in Manhattan after services because she does not travel on Jewish holidays.

Mr. Prince added that “we have been in the habit of letting people observe all manner of high holy days.” This was a reference to a practice of allowing personnel in the play to be absent on either Rosh Hashana or Yom Kippur but not both. Mr. Fisher said that Herschel Bernardi, the current star of the musical as Teyve, was off on Yom Kippur, but that he performed on Rosh Hashana.