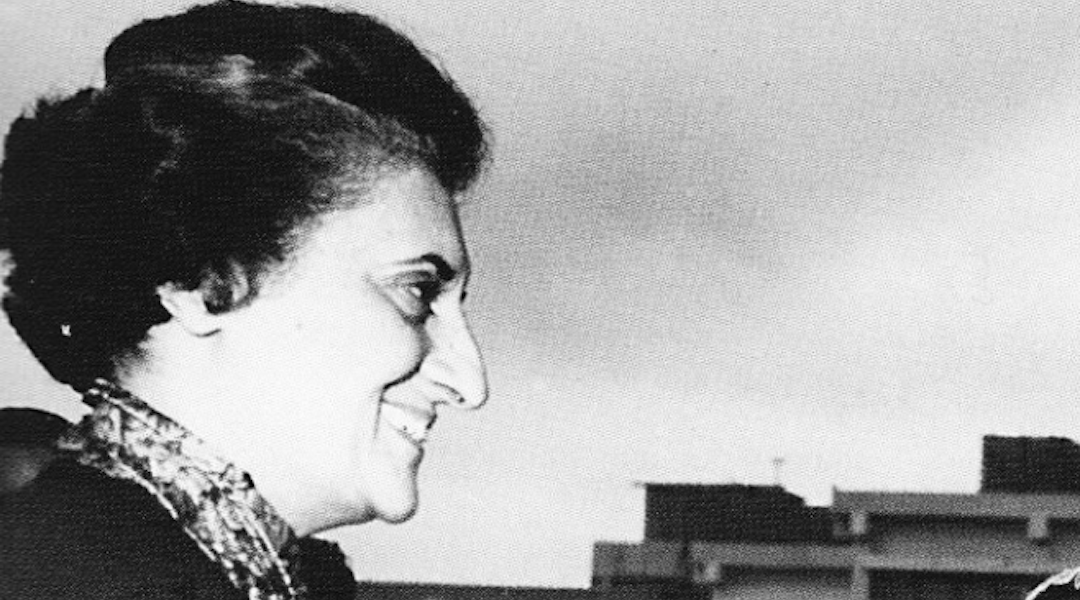 Prime Minister Indira Ghandi of India, greeted the Jewish community of Cochin on the occasion of the 400th anniversary of its synagogue yesterday. “May I offer my good wishes and say mazel tov to our good Jewish friends,” she said.

Mrs. Ghandi flew from the capital to Cochin especially for the occasion which was celebrated by the dwindling community of India’s “white Jews” who now number only 78. The white Jews have never intermarried with the so-called black Jews of Cochin or with India’s largest Jewish community, the 12,000 Marathi-speaking Bene Israel who live mostly in Bombay and Poona. All of India’s Jewish communities have been greatly reduced in recent years, chiefly by emigration to Israel. Mrs. Ghandi, who spoke in the Nehru Memorial Town Hall, named for her father, praised the Jewish community as part of the “rich mosaic” of Indian civilization and pleaded for just treatment of all of India’s minorities. “It is the great pride of India that we can claim all of the great religions of the world,” she said.

The “white Jews” date their history in India back to the Second Temple in Jerusalem, in 70 A.D. S.S. Koder, the leader of the “white Jews,” said “India has an unbroken record of 1900 years of hospitality to the Jews.”