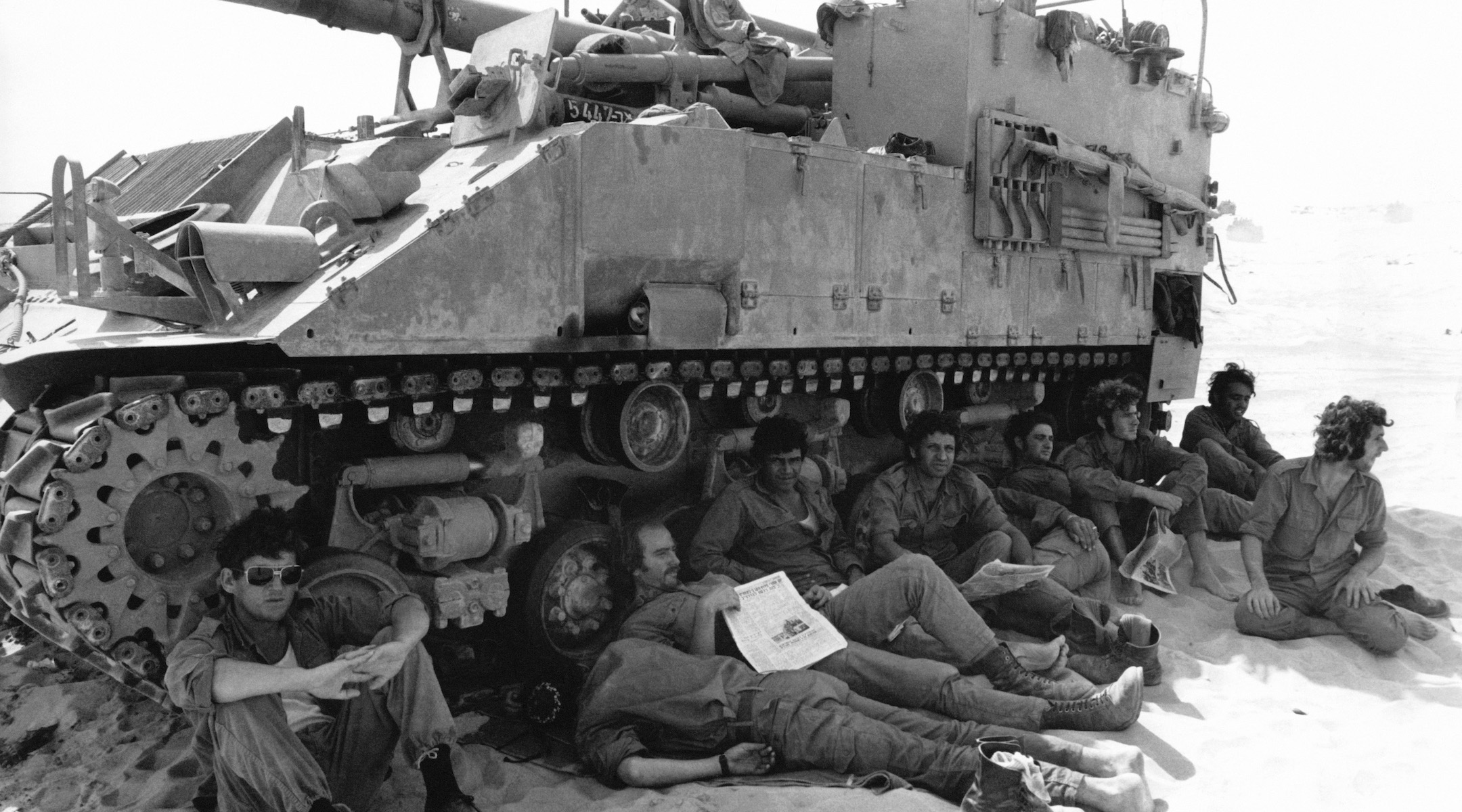 Israeli troops in the Sinai Peninsula in 1973. (Michel Laurent/Gamma-Rapho via Getty Images)
See Original Daily Bulletin From This Date
Advertisement

Egypt has a secret weapon that has put Israeli soldiers temporarily out of action deep inside the Sinai peninsula. It is the anopheles mosquito, the carrier of malaria, which according to Israeli physicians is responsible for the sharp rise in malaria among Israeli troops in the Sinai during the past two years.

Doctors attending a medical conference on the problem said today that four malaria cases were detected in the Sinai in 1967, 18 in 1969, 64 in 1970 and 142 in 1971. They said the breeding ground of the anopheles mosquito was the swamps on the western side of the Suez Canal. They also attributed the spread of the illness to unsanitary conditions on the Egyptian side.