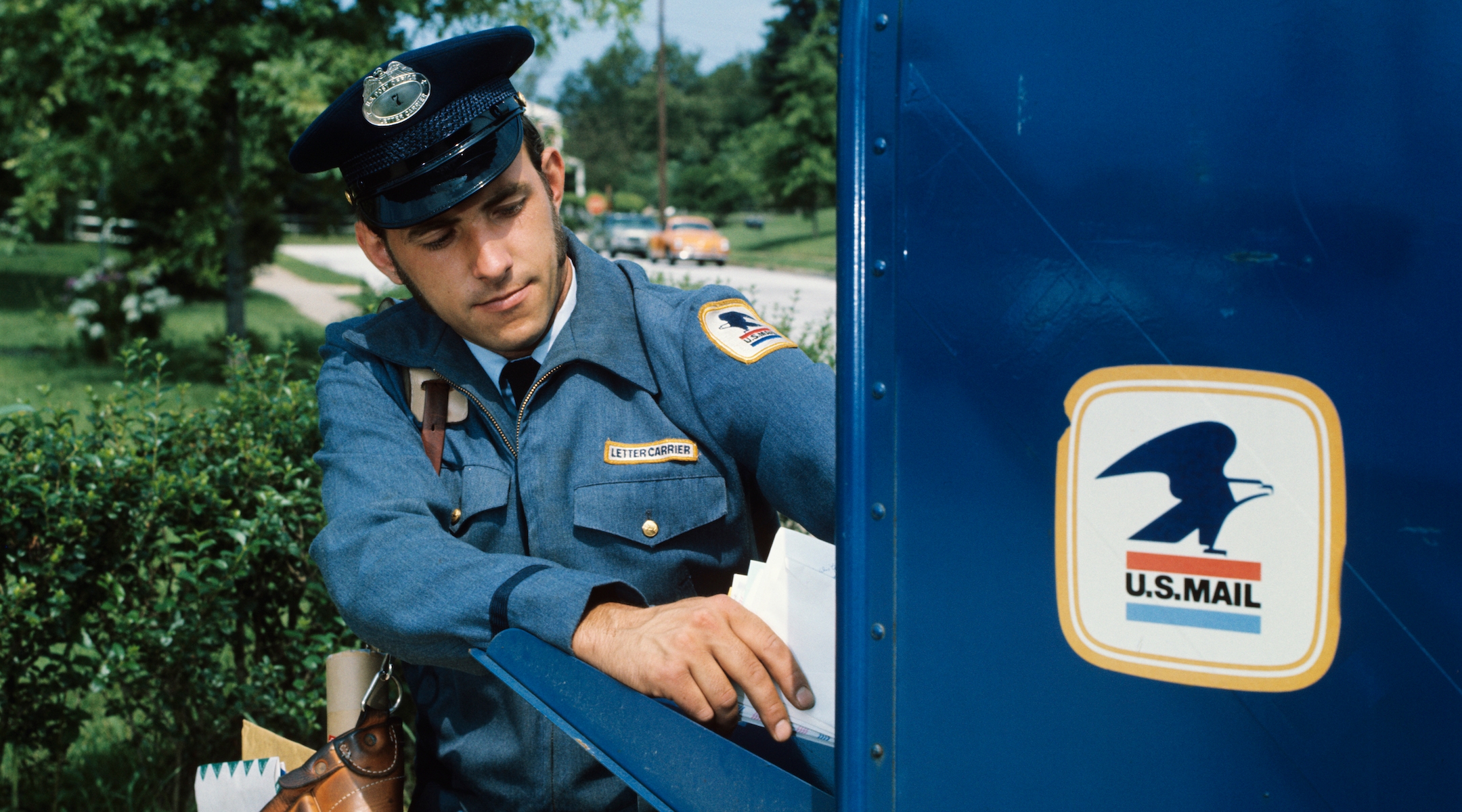 The Jewish Telegraphic Agency’s cartoonist, Noah Bee, in a recent cartoon entitled “Is This Demolition Necessary?”, depicted how the US Postal Service threatens the Jewish publications structure. It was a timely question and a well drawn cartoon, and it is no wonder that it is stimulating questions regarding the security of the Jewish press.

At the White House briefing conference for the American Jewish press on March 13, there was a cross-section of publications appearing in this country with direct appeals to Jews: Hebrew, Yiddish, English readers. Young and old were there–those with yarmulkes and most without; about 20 out of the 90 present asked for the kosher boxed lunches ordered by the White House staff, the rest ate the regular buffet luncheon. This may provide a conglomerate picture of Jewry as constituted in America. Does it provide a clue to the Postal Demolition Process?

The fact is, most of the publications wouldn’t suffer an iota from increased postal rates. Many of them have such small circulations that the effect could be nil. Also–many of the publications are organizational organs, and public funds are easier to attain–and to spend. The only surviving major Yiddish newspaper, Forward, won’t suffer; it sells mostly on newsstands. The new Yiddish weekly, the Allgemeine Journal, won’t suffer that much either–it, too, must depend on New York newsstands.

The English-Jewish weekly press, perhaps the most vital in the field because its combined circulation now approaches half a million, can be–already is–in real trouble. Second Class mailing rights gave newspapers and magazines a real lift in years gone by, when rates were very low. Today, a newspaper must figure on substantial costs to enable it to circulate mail-wise. When a weekly newspaper’s mailing costs rise–from let us say $2000 a year to the present $30,000, with warnings of new increases coming, the reader can expect to pay twice as much for a year’s copies, and the already difficult-to-attain advertising will cost considerably more.

That’s why some papers are beginning to set their own type for the photo-offset process: but that’s applicable to a small paper. A 10- to 120-page weekly edition like the Philadelphia Jewish Exponent can’t risk such self-labor whose aim is primarily to become non-union. An average 48- to 56-page Detroit Jewish News must have the hot type and well supervised plant to produce a good newspaper.

Postal rates, increased union costs, rising salaries, create difficulties for the Jewish press. Many non-Jewish periodicals already have collapsed; some are about to say finis to their existence, due in some measure to rising postal rates. The Yiddish press faces the same dangers. Communities should be readied to face the consequences because they must assure the existence of the Jewish press. Without them they’ll bankrupt as speedily as the press.