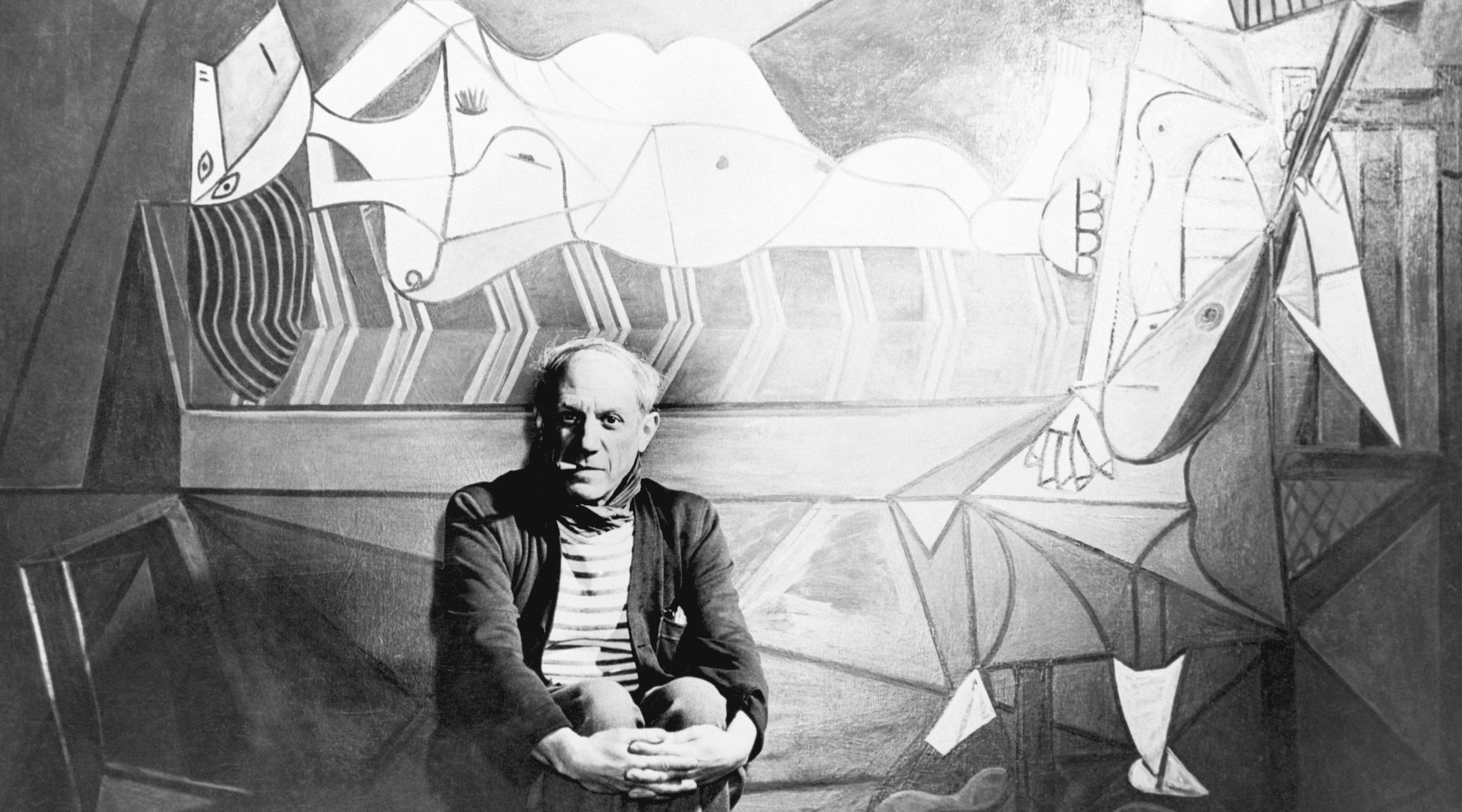 Pablo Picasso, shown in front of one of his paintings, died in 1973. (Bettmann/Getty Images)
See Original Daily Bulletin From This Date
Advertisement

Yigal Allon, Israel’s Deputy Premier and Minister of Education and Culture, cabled condolences today on the death yesterday at 91 of the artist, Pablo Picasso. Allon’s message said. “In the name of the government, art lovers and other Israelis, I send my condolences on the death of a giant of art in our epoch, Pablo Picasso….He was one of those artists who never cease to create until their last day….The Jewish people felt a special respect for Picasso because of his brave and constant struggle against Fascism and persecution.”