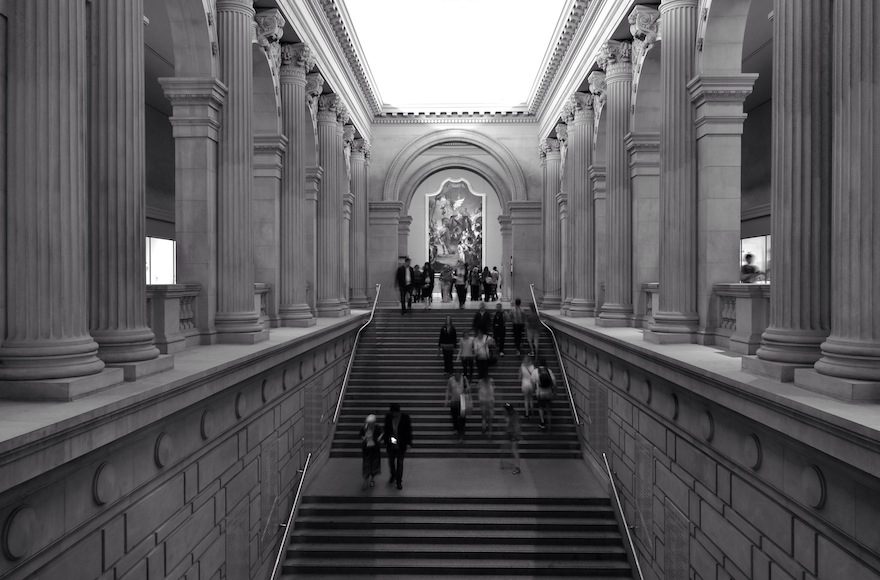 Douglas Dillon, president of the Metropolitan Museum of Art, indicated yesterday he had dropped his doubts about plans for the museum to be host to a major Israeli archaeological exhibit. In a letter to Israeli officials, Mayor John V. Lindsay and some museum trustees, Dillon had expressed concern that Arab terrorists might try to disrupt the exhibition.

Dillon changed his mind after meeting with David Rivlin, the Israel Consul General in New York, and Jacob Stein, chairman of the Conference of Presidents of Major American Jewish Organizations. Dillon said at the meeting that planning would proceed for the exhibition for the end of next year to mark the 10th anniversary of the Israel Museum in Jerusalem. Karl Katz, Dillon’s assistant, is now in Israel to help plan the exhibit, Dillon said.

Lindsay arranged for the exhibit when he visited Israel last Dec. He promised Israeli officials then there would be adequate security. He repeated the assurance Friday by telephone both to Mayor Teddy Kollek of Jerusalem and to Rivlin

Initially, it had been hoped that the exhibit might open at the Metropolitan Museum before the end of 1973 which Lindsay had designated as a year-long commemoration of Israel’s 25th anniversary But it appeared the complexities of assembling, shipping and preparing the display will make it impossible to meet the original schedule, officials said.

The Peking People’s Daily denounced as a “new sordid deal” the assurances given by the USSR that it was suspending the education tax.