El Al Employee, Killed by Terrorist, May Have Been the Wrong Man 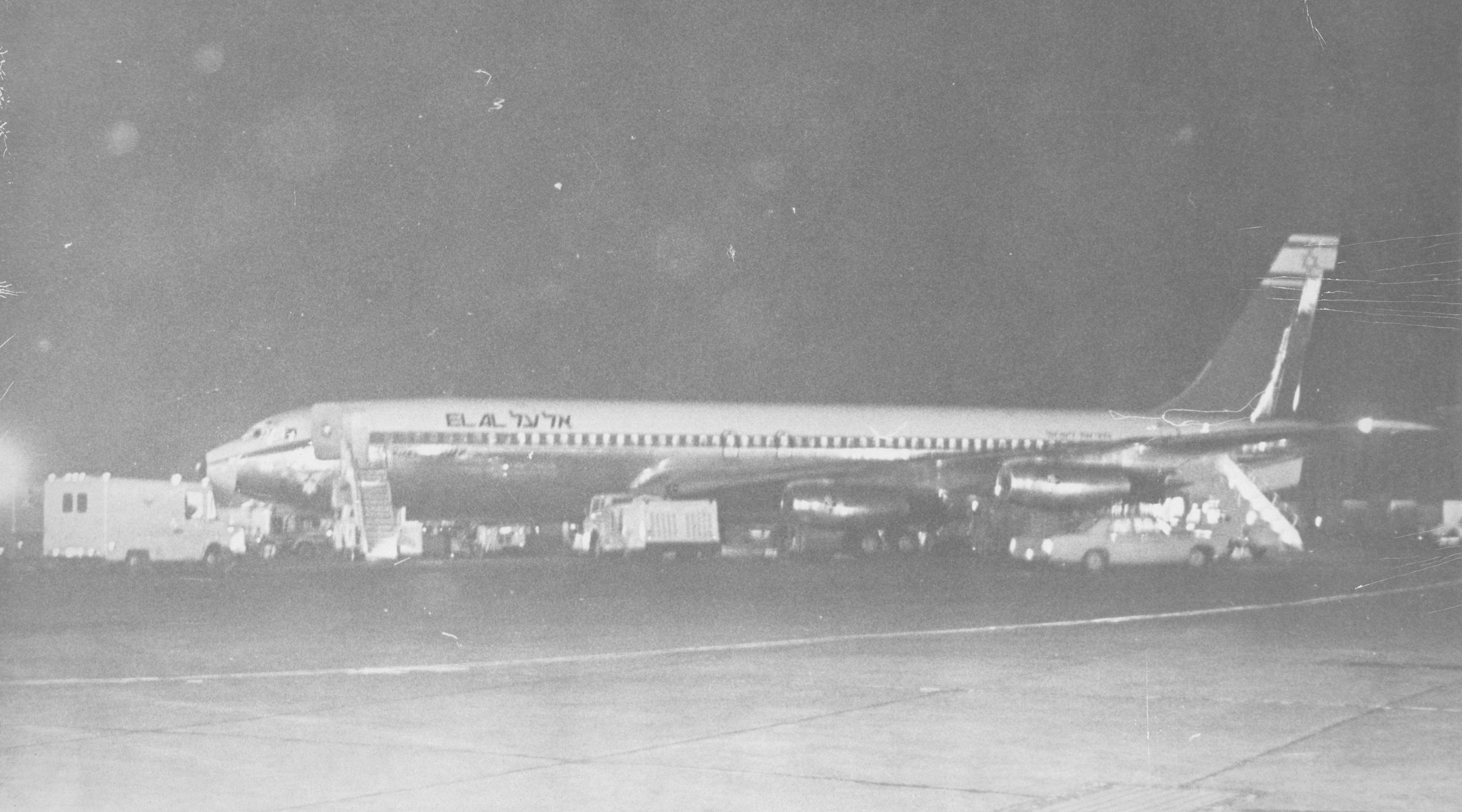 Vittorio Olivares, an Italian employe of El Al, shot to death by a self-styled Black September agent here Friday, may have been the wrong man, police said today. They said the intended victim could have been Moshe Adad, 40, the El Al office manager, who bears a slight resemblance to the murdered man. Olivares, 35, was a practicing Catholic and was in no way connected with Middle East politics.

The killer, arrested after a brief chase, was identified as Zakariah Kamel Abou Saleh, 23, He was carrying an Egyptian-made Halwan 9-calibre pistol equipped with a silencer when he was arrested. Olivares was shot twice in the abdomen and once in the chest in front of one of Rome’s busiest department stores during the evening rush hour. He died on the way to a hospital.

The killer reportedly told police interrogators that he was sent to Rome by the Black September to execute Olivares whom he knew only by photograph, not by name. He said the killing was revenge for last October’s murder of Wail Adel Zuaiter, believed to have been an El Fatah representative in Italy. Zuaiter’s killers have not been apprehended and are believed in some quarters to have been Israeli agents.

Abou Saleh reportedly told police that the Black September had sent an investigative team to Italy and established that Olivares was the man behind Zuaiter’s death. Police noted, however, that both Olivares and Adad drove the same make of car which they parked in the same garage. They said those facts and the slight resemblance between them may have caused the killer to stalk and shoot the wrong man.

The murder caused deep shock in Italy and created another dilemma for Italian authorities. Although the murder and capture of the gunman took place before dozens of witnesses, it remains to be seen whether the Italian government will run the risk of Black September reprisals by sentencing him to prison here. Only recently, Italy released two Arabs who allegedly tried to blow up an El Al airliner with a booby-trapped record player.

Abou Saleh showed no sign of remorse as he was led in handcuffs to police headquarters. He reportedly talked freely to investigators about the killing which he called a “victorious mission” He told police that Black September leaders in Beirut gave him money, an airline ticket, a pistol and details of the victim and that he arrived here April 19.

Police are trying to establish whether he made contacts with local Arab groups. Abou Saleh said he acted alone and he had intended to return to Beirut after the killing. Olivares had been a counter clerk for BOAC. He joined El Al two years ago. Friends said he was seeking another job because of the tension and security measures at El Al.