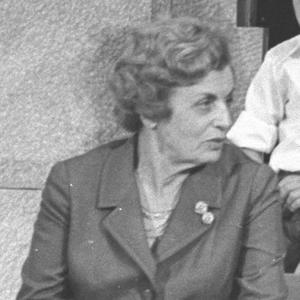 An effort at raising the morale of the armed forces and bringing some comforts to the troops stationed on the Golan Heights and the Sinai has run into trouble on moral grounds. The President’s wife, Mrs. Nina Katzir had arranged for 3000 copies of the current Playboy issue to be flown in from the U.S. Ambassador Kenneth Keating. When the idea was made public, both became the targets of angry protests from religious groups.

Deputy Education Minister Zevulun Hammer (National Religious Party) protested to the army saying the pin-ups would have a pernicious effect on morale. And the “Union of Immigrant Rabbis from Western Countries” cabled both Mrs. Katzir and the Ambassador protesting the idea. The Union wrote to Keating, “Israel and Jews everywhere are grateful to the people and the government of the U.S. for the political, military and moral support…but we would consider it a very poor judgement if at the same time our troops would be provided with ‘literature’ which is objectionable by any standard of morality–Jewish, Christian or otherwise.”