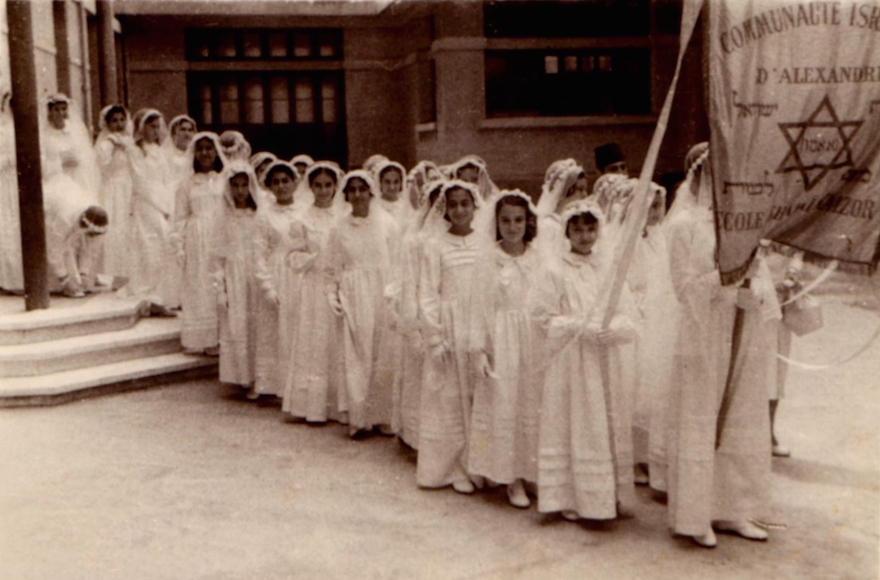 A large shipment of matzohs left a Brooklyn pier last week aboard the American steamship Lash Pacifico, bound for Alexandria to enable Egypt’s remaining 400 Jews to celebrate the Jewish festival of Passover, which this year begins at sundown April 2, it was announced here today by the Union of American Hebrew Congregations (UAHC). The 2500 pounds of matzohs are expected to arrive in about 12 days for distribution to the Jewish community now residing in Alexandria and Cairo.

The arrangements were made by Rabbi Alexander M. Schindler, president of the UAHC, after receipt of an expression of concern from the Egyptian Jewish community that their traditional matzoh oven had broken down beyond repair. Schindler, who had visited the Jewish community of Egypt in 1974 as head of an informal delegation representing the UAHC, has remained in close touch with Egyptian Jewish leaders.

After the matzohs were donated by the B. Manischewitz Company of New Jersey, Schindler met in Washington with Egyptian Ambassador Ashraf Ghorbal to seek his government’s assistance in the forwarding of the matzohs. Ghorbal offered his immediate cooperation and Yehia Hafez, First Secretary of the Egyptian Economic Office, recommended a freight forwarder and assisted with details regarding the required export papers.

Schindler, in a letter to Ghorbal, thanked him and Hafez for their “most considerate help” in expediting the shipment of the matzohs to Egypt’s Jews. Schindler, who also serves as the chairman of the Conference of Presidents of Major American Jewish Organizations, viewed the act as “a humanitarian response to the needs of Egyptian citizens of the Jewish faith and an offer of aid to permit these families to fully observe a sacred holy festival.”