Concern over Neo-Nazism in West Germany Reaches the White House 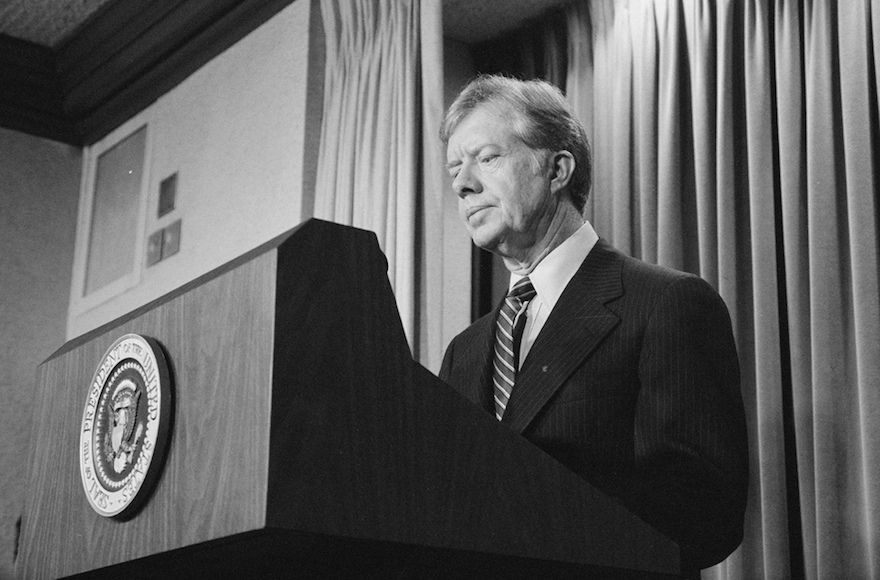 Concern over the spread of neo-Nazism in West Germany reached the White House when the Mayor of West Berlin, Dietrich Stobbe, paid a courtesy call on President Carter.

Stobbe revealed Mondale’s interest in an interview with the Jewish Telegraphic Agency upon his emergence from the White House. The Berlin Mayor said he responded that left-wing extremists in Germany are “the main problem just now, but Brandt warned the German people of the danger on the other end of the political spectrum.”

Brandt, he added, “wrote the letter to make clear the German people should look at both sides,” Stobbe said. “That’s my personal opinion, too.”

The Mayor observed that in West Berlin there is a “small but totally controlled” National Party of Germany (NPD) whose members are forbidden to hold meetings. There are far more left-wing extremists, he said “with a certain anti-Israel feeling which concerns me a lot and gives me sorrow.”

Later, when the JTA raised the matter at the daily White House news briefing, Presidential news secretary Jody Powell replied he was “sure the President and the Mayor share abhorrence of anything like” the revival of Hitlerism.

Brandt’s letter became public knowledge at a time many Germans have expressed sympathy in public for the Nazi war criminal Herbert Kappler, who escaped from an Italian prison hospital with the aid of his wife and, according to authoritative sources in Europe, with the aid of former Nazis, prison and border personnel. The German government has said it cannot legally extradite Kappler to Italy and has helped keep him from public view at a hideaway in West Germany.